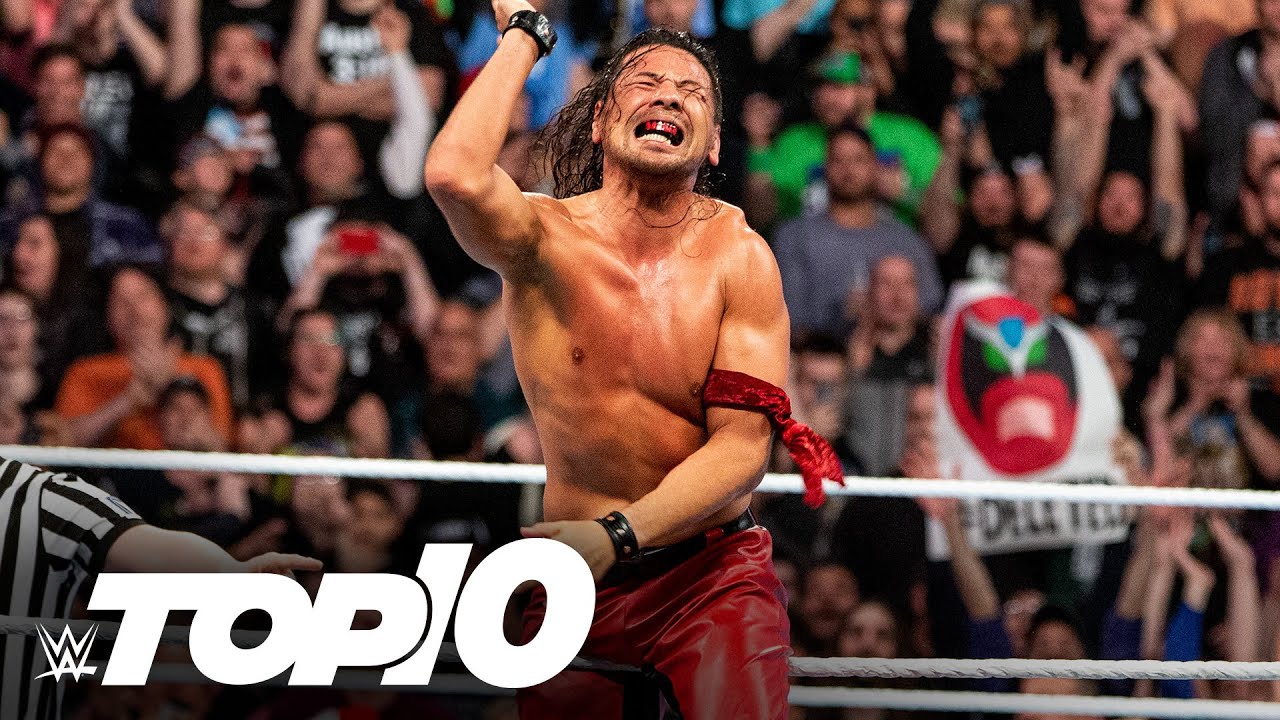 This week on Oral Sessions, Renée Paquette spoke with former two-time NXT Champion Shinsuke Nakamura about his illustrious career from his time in New Japan Pro Wrestling to when he first stepped foot on American soil. Although he had some early training in English, Nakamura recalls the difficulties he faced while grasping American English and the mannerisms that followed with it.

“We studied English in junior high school. But our teachers were Japanese, so the teachers could speak perfectly, or not. Each teacher taught British English,” Shinsuke Nakamura explained.

“When I came to the United States, I didn’t know what silent letters were. I would try to get water, but I couldn’t pronounce ‘water.’ I had a dictionary. Wrestling is body communication. Wrestling is a universal language. So, when we make matches, I need to know the moves. A lot of friends helped me speak English – Rocky Romero. I used to live with Bryan Danielson [Daniel Bryan]. We’d ask Bryan to please help us, so our speaking skills didn’t suck.”

With little quirky skits here and there, like when he told Paquette he couldn’t be interviewed because he didn’t speak English, segments like that showcased Nakamura’s comedic talent on the microphone. But when asked if cutting promos still makes him nervous, he revealed that yes, they still do.

“Yes, still.” Nakamura openly admitted. “Nowadays, they only give me a short line. For example, a famous joke, I don’t know because I didn’t grow up in the US.”

Despite all the achievements Nakamura has possessed since coming to WWE, “The King of Strong Style” admits he is still struggling to find himself in American wrestling.

“I’m still struggling in wrestling,” Nakamura unveiled. “Coming to [the] US and coming to WWE it’s challenging. I came to challenge myself, that’s why I’m here…I’m waiting to find the right timing [or] the right moment.”

Following that statement, Paquette asked Nakamura if he goes to Vince McMahon for help or to pitch ideas. Nakamura mentioned he rarely steps foot in the big man’s office.

“I don’t pitch ideas to him a lot. We talk after the match a little bit or before the match if he has an idea for my promo,” Nakamura mentioned. “I need to get used to that.”

Rounding out the interview, Nakamura said if the opportunity were to present itself, he would like nothing more than to face Brock Lesnar in a WWE ring. These two have seen their fair share of good days and bad during their time in New Japan.

“If I have the opportunity, of course, I want [it],” Nakamura replied.

Paquette followed it up by asking Nakamura what it was like to work with Lesnar during his time in New Japan and how the locker room felt when he took the title away before having it stripped. Lesnar initially won the IWGP Heavyweight Championship in 2005 and refused to continuously defend it after his third title defense due to contractual disputes, leaving guys like Nakamura stranded for big title opportunities.

“I was young, and he was young, I don’t know,” Nakamura briefly stated. [On the overall reaction the other New Japan wrestlers had after Lesnar took their prized possession away from the company and refused to come back and defend it] “[It was very] unprofessional.”

You can listen to Shinsuke Nakamura’s full interview here. If you use any of the quotes in this article, please credit Oral Sessions w/Renée Paquette with a h/t to Wrestling Inc. for the transcription.