Cesaro vs. Reigns is expected to headline the WrestleMania Backlash pay-per-view, as the top match for the blue brand. The top match for RAW is WWE Champion Bobby Lashley defending against Braun Strowman and Drew McIntyre in a Triple Threat.

Remember to join us for live WrestleMania Backlash coverage at 6pm ET on Sunday, beginning with the Kickoff pre-show. Below is the current card, along with the new poster for Cesaro vs. Reigns: 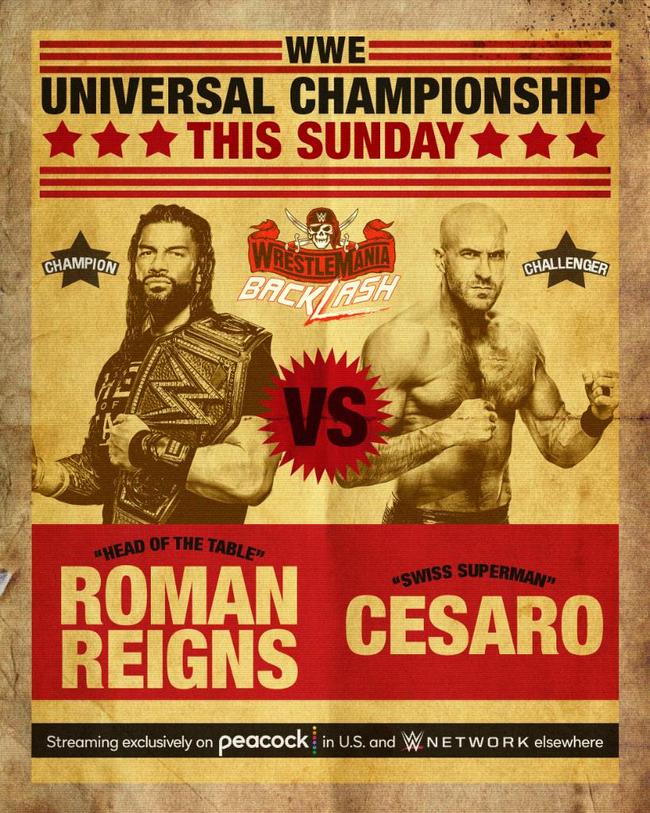