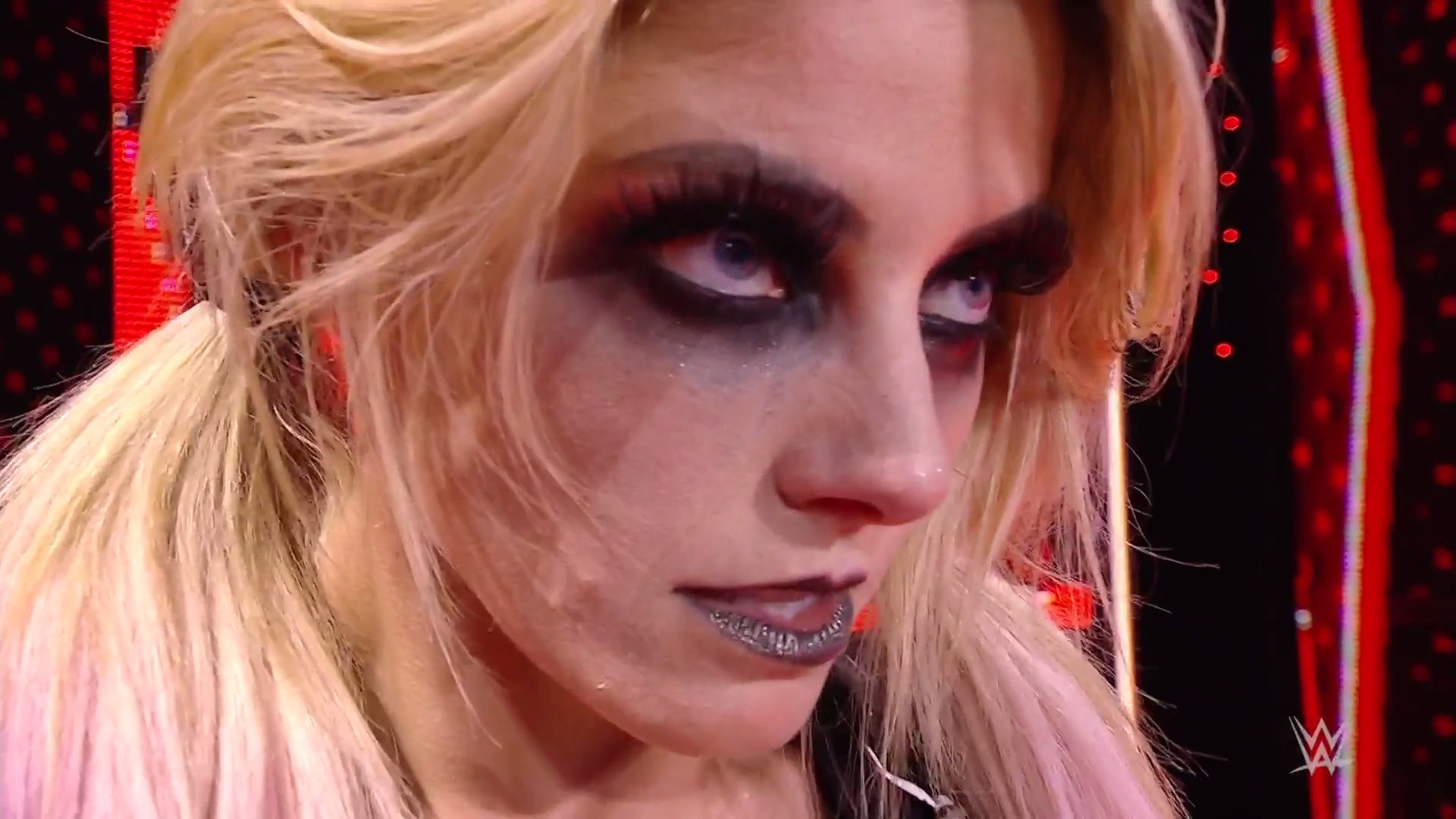 Alexa Bliss plans to put Reginald in “timeout” for interfering in her match with Nia Jax on tonight’s episode of WWE RAW.

Earlier on the show, Bliss hit the Twisted Bliss on Jax and seemed in position to pick up the pin fall victory. Just then, Reginald ran in and pulled Bliss off Jax to cause the disqualification.

After the match, Reginald pleaded for mercy as Bliss stared him down and backed him towards the corner. Bliss continued to stare down Reginald, who appeared to be hypnotized until Jax snapped him out of his trance.

Bliss appeared on RAW Talk to address what she plans to do with Reginald.

“Reginald needs to be put in timeout just like Lilly,” Bliss said. “When you do something wrong, you must be punished. Lilly did something wrong [to Shayna Baszler], and that’s why she’s in timeout.”

When asked “how Lilly was feeling” after being put in a timeout, Bliss said: “To be honest, you can’t really hurt Lilly. But you know some people make mistakes.

“She never liked Shayna but she always loved Reginald due to his Cirque du Soleil background. We always found him entertaining. There are certain people she [Lilly] likes and others she doesn’t.”

Bliss then looked towards RAW Talk co-host R-Truth and said, “She actually likes you, Truth. She constantly asks about you. She asked if you would go on the [Alexa’s] Playground sometime.”

The interview ended with Bliss sending out a warning to Baszler, her opponent this Sunday at WWE’s Hell in a Cell pay-per-view.

“If you thought what happened last week was bad, just wait till Hell in a Cell,” Bliss concluded.