Bret Hart Talks How The Hart Attack Finisher Was Created 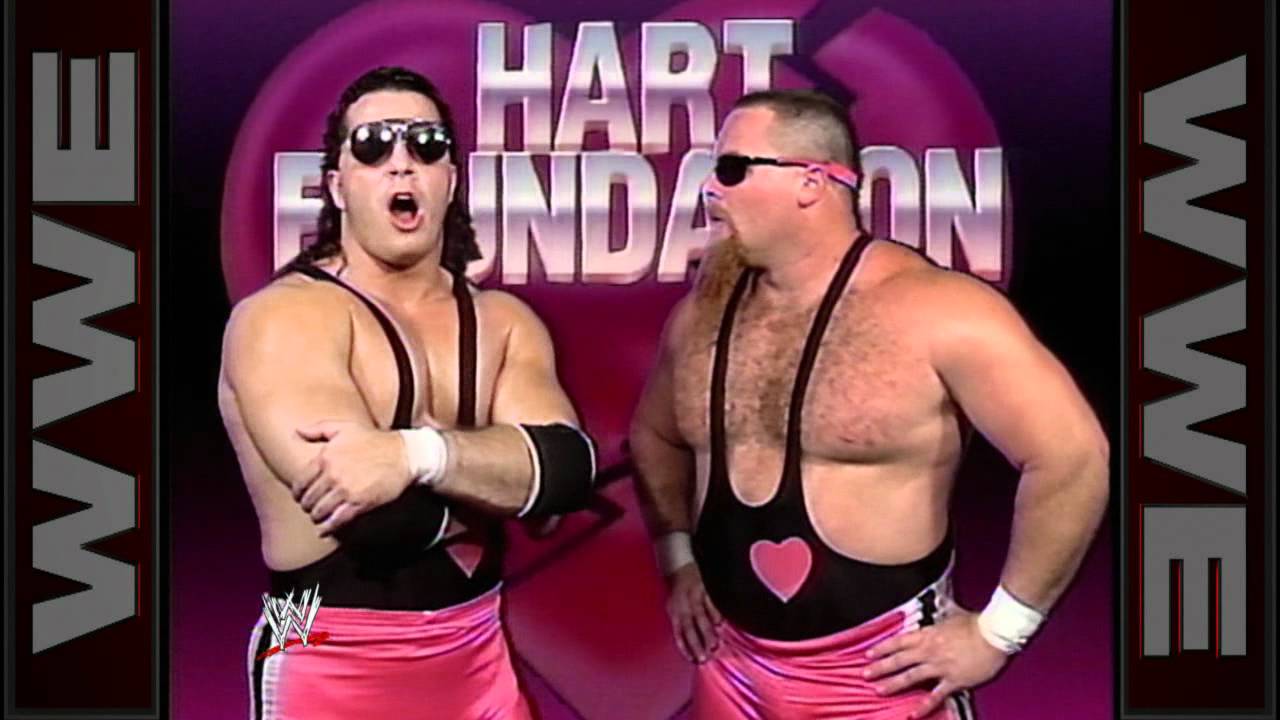 Two-time WWE Hall of Famer Bret “The Hitman” Hart joined the panel on WWE’s The Bump to celebrate the legacy of The Hart Foundation in observance of WWE’s legendary tag team history throughout the years. Hart began his interview by discussing how he and Jim ‘The Anvil’ Neidhart came up with the iconic stable.

“Well, we knew each other working in Stampede Wrestling – he was my brother-in-law. We really didn’t have plans to go together,” Bret Hart revealed. “When we first saw each other, we were happy to see each other. It was like we were two guys in prison that knew each other. Once we sort of formed The Hart Foundation, we really combined so many great qualities together. Jim was always the power guy; he was really quick and strong. I went in there and did a lot of the technical kind of stuff with a faster tempo. Jim could work with all of the bigger guys, and I could work with all of the smaller guys.

“We really had great chemistry in the sense that as tag team goes, we could wrestle any tag team. Not many teams could do that. As The Hart Foundation, we could go big or small and still have a great match. Jim was always on the ball. Every single day with Jim was a treat. He made me laugh throughout my whole career. He was so much fun to be around. I’m just so glad they didn’t have iPhones back then [chuckles].”

Looking at their cohesiveness during their time together from 1987-1991, the Hart Attack became a household favorite finisher among fans and wrestlers today. With Hart’s speed and Neidhart’s versatility, both men could capture their strengths in their final finisher, which sent hundreds away during their time together. Hart explained how both men came up with this move.

“You know, it came from me using a running clothesline in Calgary. I remember thinking about it, and it was a lot of things Jim and I did,” Hart began. “Jim was a 280-pound man. To launch him like a missile, you know, 10-15 feet across the ring, was a serious consequence. So many things we did as a team including, the Hart Attack, were great team wrestling.”

Although he and Neidhart’s partnership was as solid as any tag team could be, Hart was asked if he could’ve picked another tag partner to have had back then, who would he have chosen. He went with his favorite rival, his younger brother, and in-ring sensation, Owen Hart.

“It would’ve been a great team with Owen, especially after we wrestled and feuded together,” Hart stated on who outside of Jim Neidhart he wanted to team up with more. “We had such good chemistry. He knew my style and vice versa. We knew how well we worked against each other. But we also started to realize how well we could have worked together as a team. If for any reason, I had to find a different tag partner, Owen would have stepped in pretty easily. We had such a great relationship as brothers that being teamed up together wouldn’t have been a problem for either one of us.”

With the Hart royalty intact to this day, Bret found himself in awe when he saw his niece Natalya pick up the Women’s Tag Team Championship with Tamina last month. He knows for a fact that Jim Neidhart and Tamina’s father, Jimmy Snuka, would be so pleased to see their daughters carry their legacies forward for future generations to witness.

“It’s funny how it gets all revived. To me, it’s a message to everybody to never give up on your dreams,” Hart powerfully stated. “I think there’s a new life and new blood pumped in there with Nattie and Tamina. I think they’re going to make a great team and surprise everyone by being around for a long time.

“I think ‘The Anvil’ would be proud of Nattie for not only just winning the tag titles but how she’s carried herself throughout her whole career. Jimmy Snuka would be so proud of Tamina for hitting it out of the park like she has been for the last year or so. It’s a great story and an honor for them.”

You can watch Bret Hart’s full interview here. If you use any of the quotes in this article, please credit WWE’s The Bump with a h/t to Wrestling Inc. for the transcription.