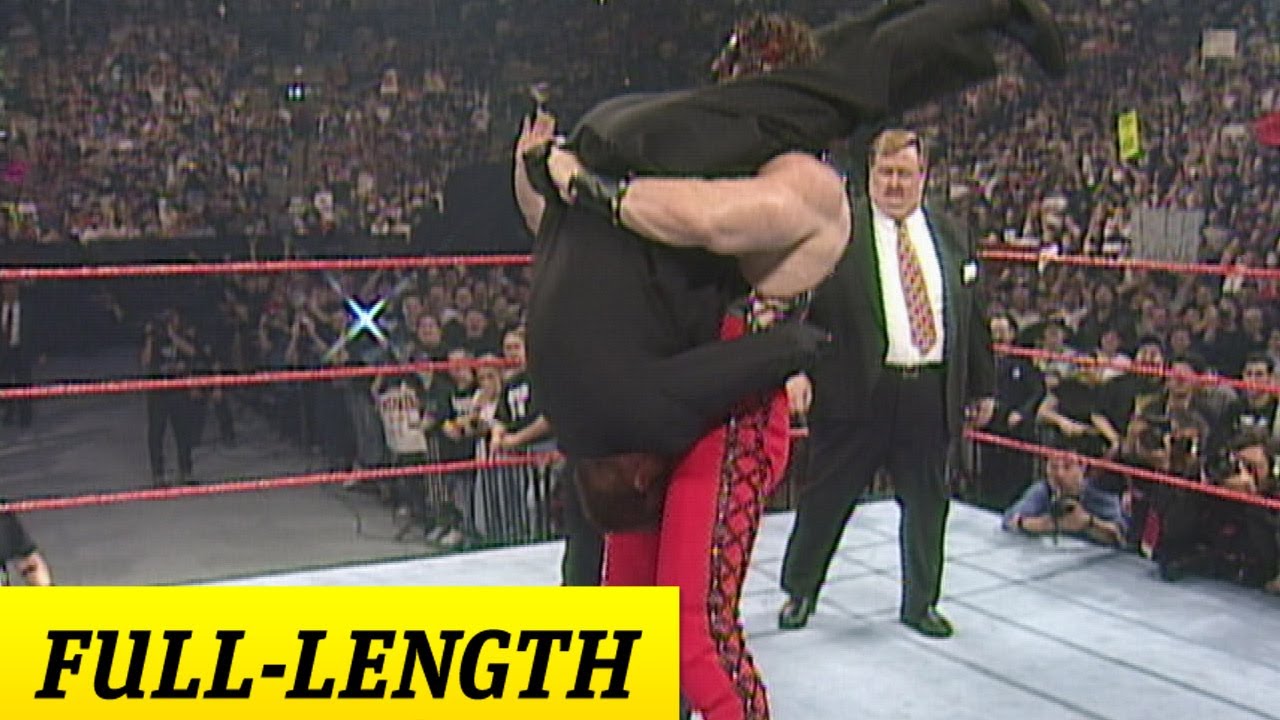 At WrestleMania XIV, Kane attacked legendary MLB star Pete Rose and tombstoned him in the middle of the ring. Rose was very controversial at the time, as he was banned from ever being inducted into the MLB Hall of Fame due to betting on baseball during his career. It was noted that Rose allegedly waged on games across the league, including those involving his own team.

On the latest episode of Something to Wrestle With, Bruce Prichard spoke about having Pete Rose at WrestleMania XIV and how he sat backstage with him during the show. Prichard said he asked Rose about the incident that caused him to get banned from the MLB Hall of Fame and shared Rose’s response.

“The one cool thing that happened was Pete Rose sat next to me at Gorilla all night long,” Prichard said. “Funny motherf***er man, he was absolutely hilarious and he was just talking and talking about the business and everything under the sun. I remember looking at Pete one point in the conversation, we were sitting there and he asked me a very inside question, I forget what it was, like ‘how do you do that’ type thing. And I said ‘Well, I’ll be happy to share that with you, if you tell me something, did you do it?’

“He looks at me, he’s got a little smile on his face and I said ‘Did you do it?’ Meaning did he bet on baseball? He looked at me and he said ‘You know what Bruce, I didn’t do anything that others weren’t already doing and I never ever ever bet against my team.’ I thought that was cool, the way that he phrased it and everything. It was just one of those candid moments for a minute, we were best buds, sharing things, and I’m like okay, I’ll go ahead and push my luck. Pete was top notch, one of my favorite celebrities ever to work with.”

As previously stated, Kane tombstoned Rose when the former baseball player was set to introduce him and The Undertaker for their match. Prichard spoke about the tombstone even though both people involved were heels, noting it was a star-making moment for Kane to be involved. Prichard was asked if the storyline was sacrificed because the fans cheered Kane after the tombstone.

“I don’t think it’s sacrificing any storyline at all,” Prichard said. “It’s Kane coming out and tombstoning a big celebrity in Pete Rose. Pete Rose was a huge celebrity, especially at that time. It’s a pop, but I don’t think it’s a heel so he can’t do anything to a heel. It was a star moment.”