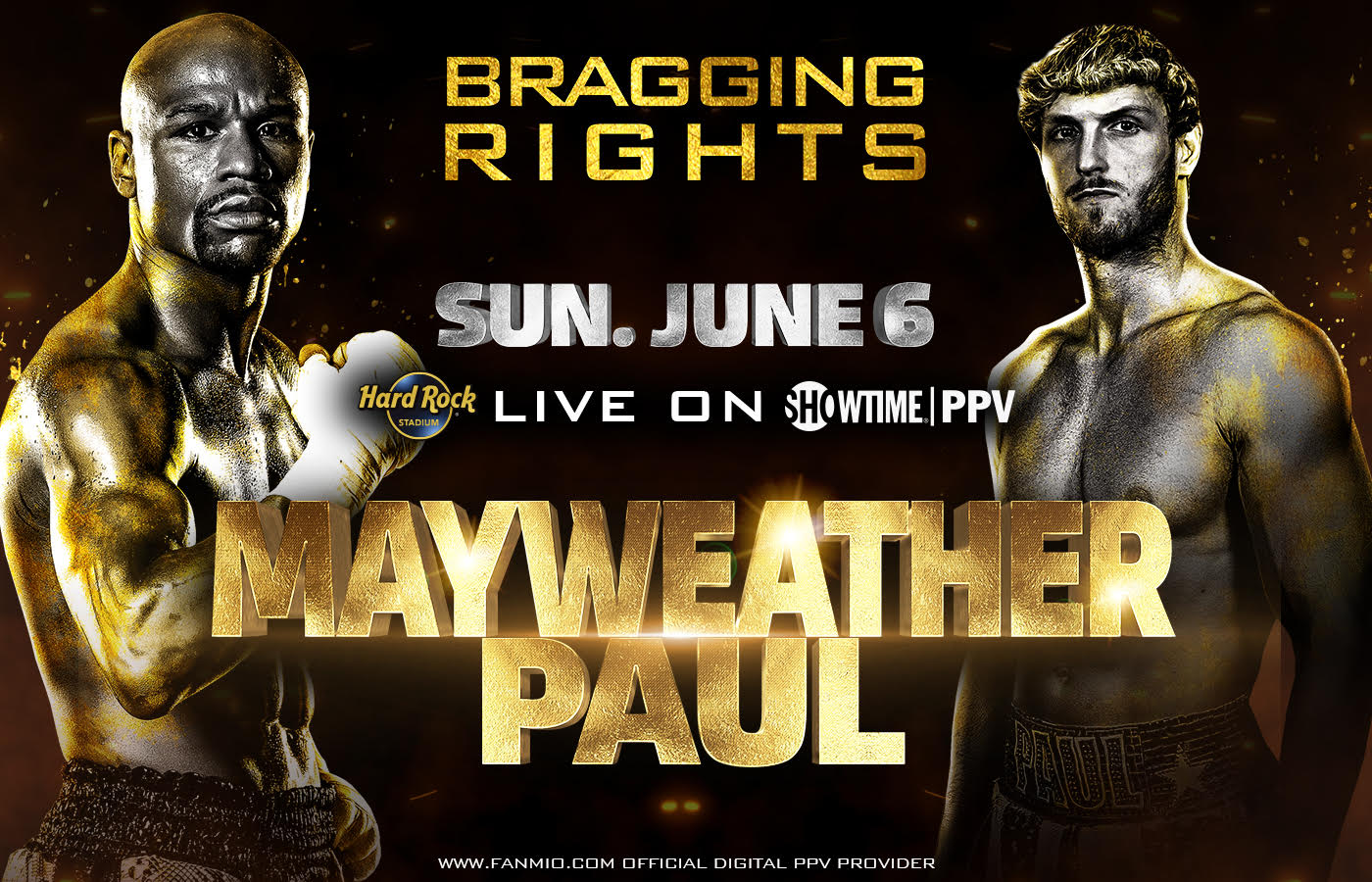 Floyd Mayweather vs. Logan Paul is scheduled to take place tonight at Hard Rock Stadium in Miami, Florida. The pay-per-view event, dubbed “Bragging Rights,” will air at 8pm ET on Showtime for $49.99. The Mayweather/Paul main event is expected to begin around 10pm ET.

Including the main event, four boxing matches are scheduled to take place. Badou Jack and Dervin Colina will compete in a light heavyweight bout, while Jarrett Hurd will face Luis Arias in a junior middleweight contest. Also on the card is former NFL star Chad Johnson (fka Chad Ochocinco) making his boxing debut against Brian Maxwell in a four-round exhibition.

As announced earlier this week, Mayweather and Paul’s bout will also be an exhibition, scheduled for eight rounds with no on-site judges and consequentially, no winner announced. In essence, if either man is to claim victory, he will have to knock the other out.

Wrestling Inc. will have complete live coverage of the event tonight! Below is the final card: