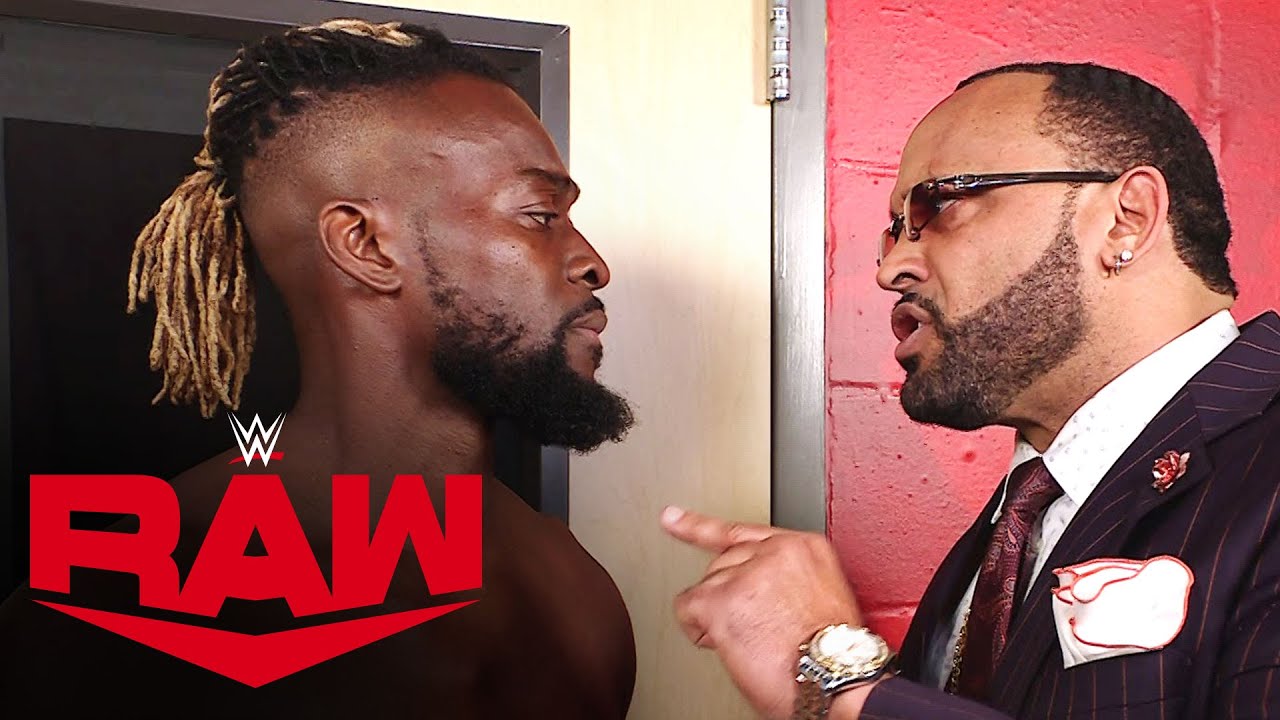 This past Monday on RAW, Kofi Kingston and Xavier Woods found themselves in another thrilling yet fast-paced matchup with R-K-Bro (Randy Orton and Riddle). Although the former multiple tag team champs fell short to his oddly paired yet intriguing duo, Kingston had nothing but kind words to say about R-K-Bro this week during his interview on WWE’s The Bump.

“It was crazy because I think all of us are watching R-K-Bro gel before our eyes. Unfortunately, that combination came at the end of the match – they came together. They’re a weird combination, but they’re so interesting to watch,” Kofi Kingston revealed. “I love seeing new teams kind of evolve and be born on the roster. I think a lot of people have been wanting to see a lot of new tag teams. The fact that Randy and Riddle came together, at first, everyone was like, what is this? What’s going on? But for whatever reason, it’s working. It’s impressive to see them come together.”

For the past few weeks, in between his matchups, Kingston keeps running into MVP, whose been bombarding the former WWE Champion to change his tune and repackage his entire build. Upset with MVP’s words, Kingston reveals his take on MVP’s suggestions and what he plans on doing about it going forward.

“Well, first, I want to address the fact that I have to go to work now and look around the dark corners to make sure he isn’t lurking around and creeping around. This is creepy, bro,” Kingston chuckled nervously. “As far as what he’s saying, it’s kind of difficult because when I first came on the roster, MVP took me under his wing. I’ve always considered him to be like a big brother. I’ve always appreciated what he’s done in the ring and his mic work.

“Over the years, I don’t know, I’ve seen him go down this path where…our philosophies don’t match. You weren’t here when I was grinding. You weren’t here telling me what to do. I got to this point on my own. I’ve achieved a lot of success here. I don’t feel like I need help from anybody, really, to tell me what to do, let alone MVP. If we’re talking credentials, I don’t even like to toot my own horn, but how many titles have I won? How much success have I had consistently over the past decade-plus? I don’t need MVP to tell me what I need to do to become champion. He gets under my skin with these comments, so I just don’t need him.”

Going back to R-K-Bro, the panel and Kingston revisited his matchup with Riddle last week, where Kingston picked up the pinfall victory. As they were discussing their match, Kingston took a moment to praise Riddle’s strengths since joining the main roster. He believes Riddle is one of the best competitors he’s faced in his tenure career.

“Oh, he’s great, man. For as chill as he is, like, outside the ring, he is so 180 of that. I think he’s got a lot of potentials,” Kingston mentioned on Riddle’s in-ring capabilities. “It was definitely a battle, but you love to see it. I love a challenge. I’ve always wanted to go up against the best competition, and I think Riddle is definitely one of the best.”

You can watch Kofi Kingston’s full interview here. If you use any of the quotes in this article, please credit WWE’s The Bump with a h/t to Wrestling Inc. for the transcription.