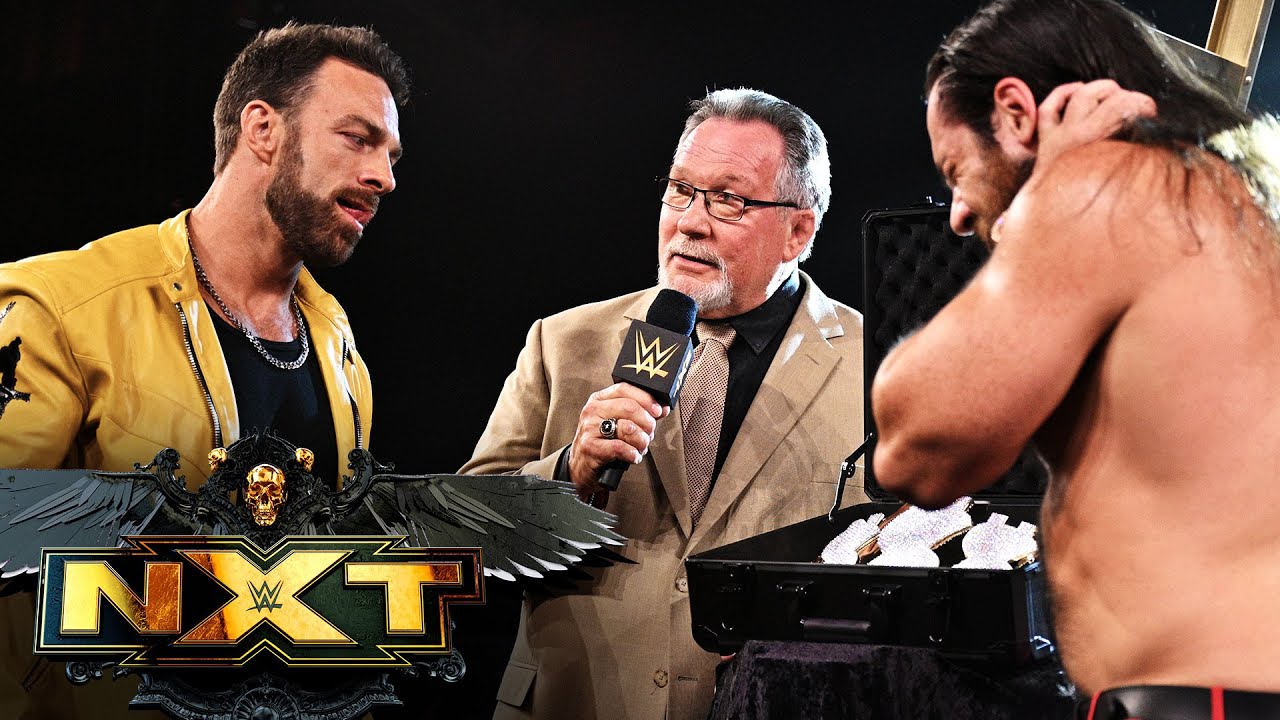 With the surprising return of the Million Dollar Championship last night on NXT, Cameron Grimes and LA Knight will do battle in a Ladder Match for this prizeworthy title tonight at NXT TakeOver: In Your House. During the interview, Knight explained the steps he plans on taking to claim the title he’s worshipped since he was a little kid.

“Well, look, let’s not pretend I’m the student of the game. I’ve been watching this since I was a kid. When you see that belt sitting out there, first of all, there was a little bit of shock in the fact that, hey man, I’ve been watching this guy with the belt since I was a wee fella,” LA Knight began in his interview with WWE’s The Bump. “Now, just thinking about the fact that I can take that and surpass any levels expected…[just] look at that thing.”

No matter what others say about the Million Dollar Championship, in his eyes, Knight sees this title carrying more prestige than any of the titles WWE currently has. But what would make it more renowned is having Knight win it on Sunday. In his humble opinion, Knight believes he can add more flair to the title if he obtains it.

“A lot of people might say, ‘Oh, this isn’t as prestigious as the NXT title or the WWE title,’ I say it’s more so, cause you know why? It costs more than all of them combined. Nothing compares,” Knight noted with a grin.

“When you’re talking about NXT In Your House, it’s me, and it’s Cameron Grimes, let’s be honest, two of the most charismatic guys running around NXT. Even though I’m going to give Grimes that credit, he doesn’t hold a candle to LA Knight. Anybody can see that.”

To add more context, Knight explains the striking resemblance he has next to Ted DiBiase and why he would be the perfect candidate for the championship.

During the interview, a picture was shown of all the Million Dollar Champions in history, including Ted DiBiase, his son Ted DiBiase Jr., The Ringmaster (Steve Austin) and Virgil. When asked which former champions were his favorites, he went with the creator of the title and The Ringmaster. He plans on channeling both of them in his high-stakes matchup this Sunday.

“The two guys in the middle: Ted DiBiase and Steve Austin,” Knight replied.

Although he jokingly stated he’s been in “20 unpublished ladder matches,” Knight officially revealed that he is not too familiar with ladder matches compared to his opponent on Sunday. He does, however, have a great method set for how he plans on getting the title.

“I haven’t had a lot of ladder matches,” Knight revealed. “Have I ever climbed a ladder before? Yes. Have I had a match before? Yes. So, if I knock Cameron Grimes’ head off and put his head in the mat…If I can do that and climb the ladder, what’s it matter? I climb the ladder and grab the belt; that’s all I’ve got to do.”

Rounding out the interview, Knight cut a very presumptuous promo on where he sees himself next Tuesday after his groundbreaking match at TakeOver.

“I want him to make sure that this Sunday when he comes in, he makes sure he has his climbing boots on ’cause we’re gonna do plenty of climbing up that ladder. He’s going to get his ass tossed off it, and you’re looking at a new Million Dollar Champion. My God, how sweet is that going to be?

“Look, he’s got a nice cushion to fall on – he’s rich, and he’s got that money – good for ya! But after I take that title after I get Ted DiBiase on my side, you’re talking about a whole different level, and who’s going to know Cameron Grimes’ name after next week?”

You can watch LA Knight’s full interview here. If you use any of the quotes in this article, please credit WWE’s The Bump with a h/t to Wrestling Inc. for the transcription.