MLW has announced their Battle Riot III event for Saturday, July 10 at the 2300 Arena in Philadelphia, PA.

The 40-wrestler Battle Riot match will kick off the new MLW season, and will air later as a special edition of MLW Fusion. A limited set of tickets are available now, and range from $15-$75. You can click here for details on tickets and meet & greets.

The winner of the Battle Riot III match will become the new #1 contender to MLW World Heavyweight Champion Jacob Fatu, for a future title shot to take place when they want, at any time, any place.

The Battle Riot match is described as a mash-up of a Battle Royal, a Royal Rumble and an Anything Goes Street Fight, a super-sized main event that will feature 40 wrestlers with new participants entering the ring every 60 seconds. Eliminations are done by pinfall, submission or by throwing others over the top rope. There are no rules and no disqualifications.

MLW is teasing that there will be legends, surprises, and “WTF entries” in the match.

“You couldn’t ask for a bigger way to kick off the new season than a huge match with BIG stakes,” said MLW CEO Court Bauer. “Philly was set to get the Battle Riot last July before the pandemic hit, so I felt I had to make good on that promise and deliver it this July.”

Hammerstone is the first official entrant for the Battle Riot match.

Stay tuned for more from MLW. 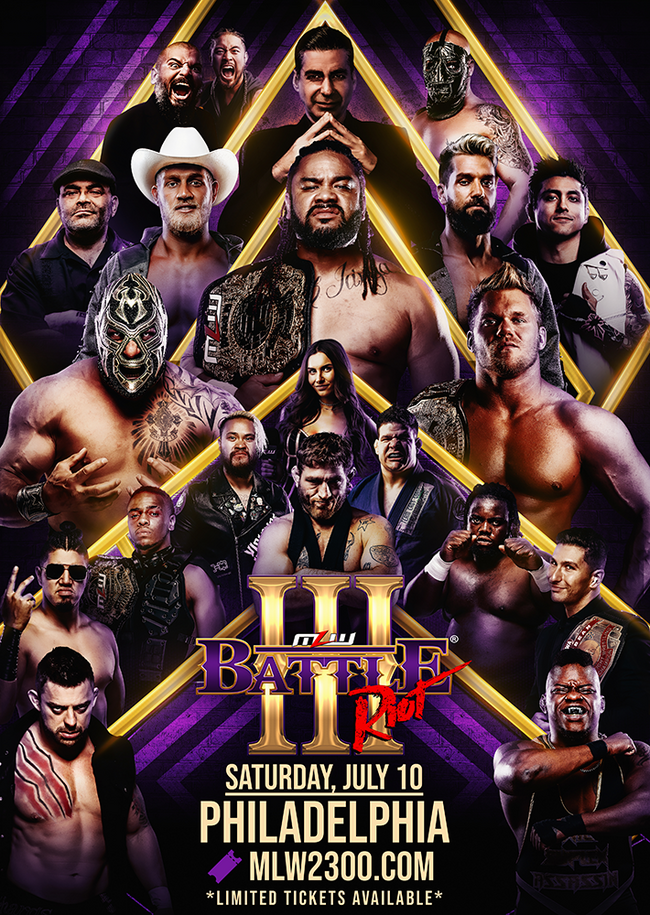