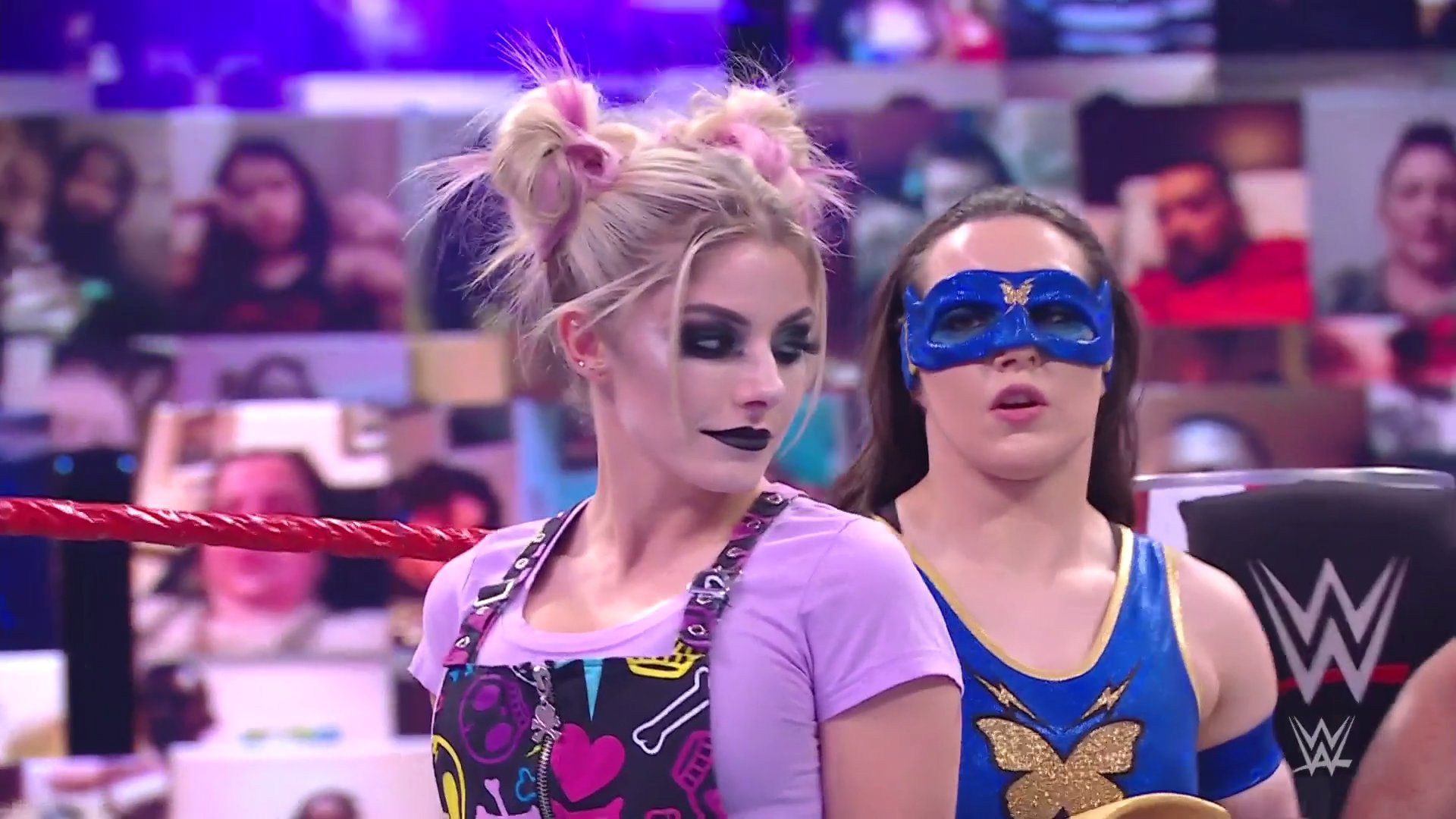 After Bliss hypnotized Reginald to nearly hit Jax in the ringside area, Cross took advantage of the distraction and rolled up Baszler for the pin fall victory.

As a result, both Cross and Bliss qualified for next month’s Women’s Money in the Bank ladder match. Appearing on RAW Talk, Cross was asked how it felt to team up with Bliss for the first time in nearly a year.

“With me and Alexa, so much has happened over the last 6 months,” Cross admitted. “She’s been through a lot, and I have been on a different journey. For tonight, the goal was just to win the match. The whole point was to qualify for the Money in the Bank match, and we achieved that goal. And now, fire, baby!”

Cross added, “Going forward, it’s every woman for herself. I’m gonna be Nikki in the Bank!”

When asked by RAW Talk co-hosts to explain her new superhero attire, Cross revealed she had been working on the design for several weeks.

“Do I have superpowers? I know I don’t,” Cross said. “I know I can’t fly or don’t have super strength. But the thing is, when I put on this outfit, I feel like I can do anything. I’m gonna keep trying and keep getting back up. All anyone can ever do is believe in themselves.

“So, the last few weeks I have been working on this attire. I’m so happy to finally share it with the WWE Universe.”

Cross, Bliss, Asuka and Naomi are confirmed for the Women’s Money In the Bank Ladder Match. They will be joined by four other competitors from the SmackDown brand.

She may not be able to literally fly, but @NikkiCrossWWE wants to share the reason for her new look and inspiration with the whole @WWEUniverse!