Photo: “Hangman” Page Gets Staples In His Head After AEW Dynamite

Saturday’s Dynamite saw Page defeat Powerhouse Hobbs in singles action. Page was busted open during the match after colliding with the ring post. Blood started pouring from Page’s head, but he continued the match and won.

As seen in the screenshot below, Page took to his Instagram Stories and posted a photo of the staples in his head.

“you ever just sprint headlong into a steel post?,” he wrote as the caption.

There is no word on Page’s condition as of now, but he likely will not be wrestling on tonight’s Dynamite.

You can see Page’s staples photo below, along with another photo he posted from the match: 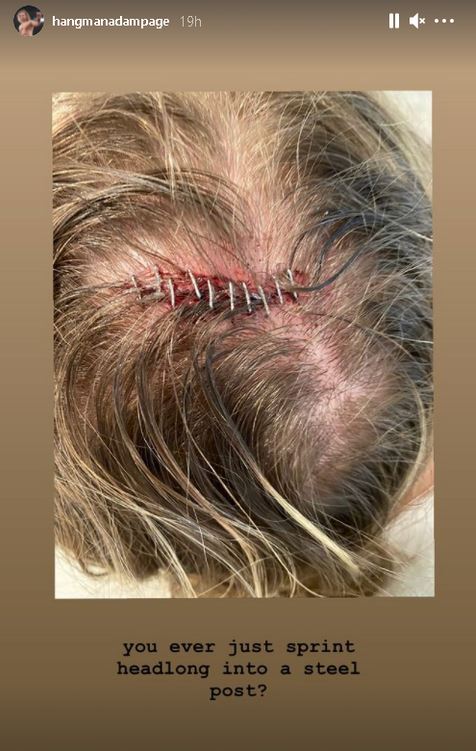 Previous
The Rock Links Up With Jeff Bezos, Seven Bucks And Amazon Working On New Project
Next
Burger King Is A Big Fan Of Current WWE Storyline