Title Changes Hands At NWA When Our Shadows Fall (Photos) 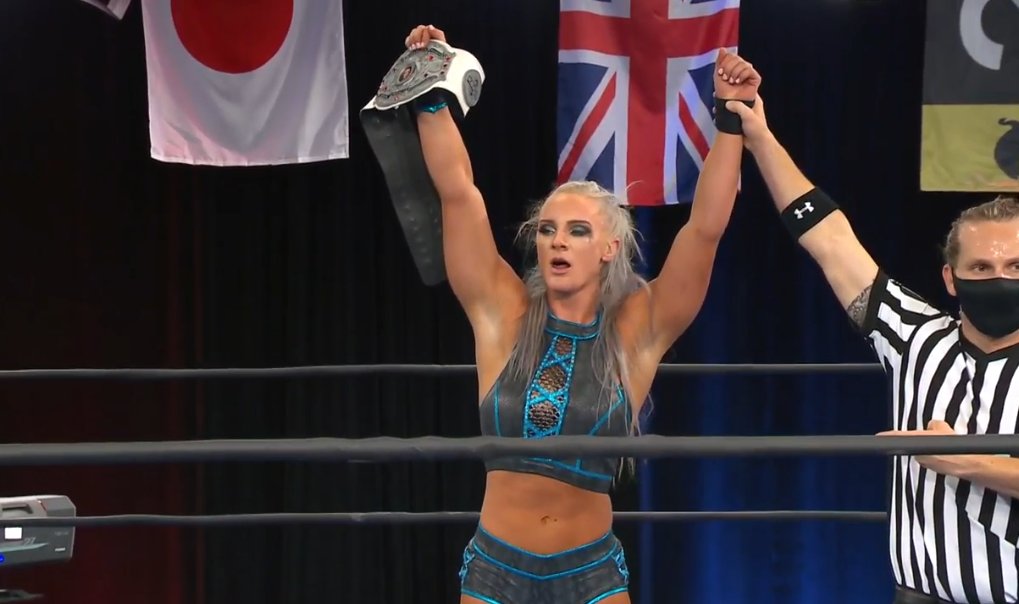 She defeated former champion Serena Deeb in the penultimate match at NWA When Our Shadows Fall after landing a spear. This is Kamille’s first reign with the title.

The former champion, Serena Deeb, won the title this past October when she defeated Thunder Rosa at UWN Primetime Live. Both Rosa and Deeb made numerous appearances for AEW when they held the title, on both weekly Dynamites and pay-per-views. Deeb defended the title as recently as last Sunday at AEW Double or Nothing, when she defeated Riho by submission. It remains to be seen if there are plans for Kamille to compete on All Elite Wrestling programming now that she is champion.

You can see pictures of Kamille with the title below:

The champ, @SerenaDeeb is here and ready to defend her @nwa Women's Championship against #Kamille!#WhenOurShadowsFall pic.twitter.com/tl7ykCPehm