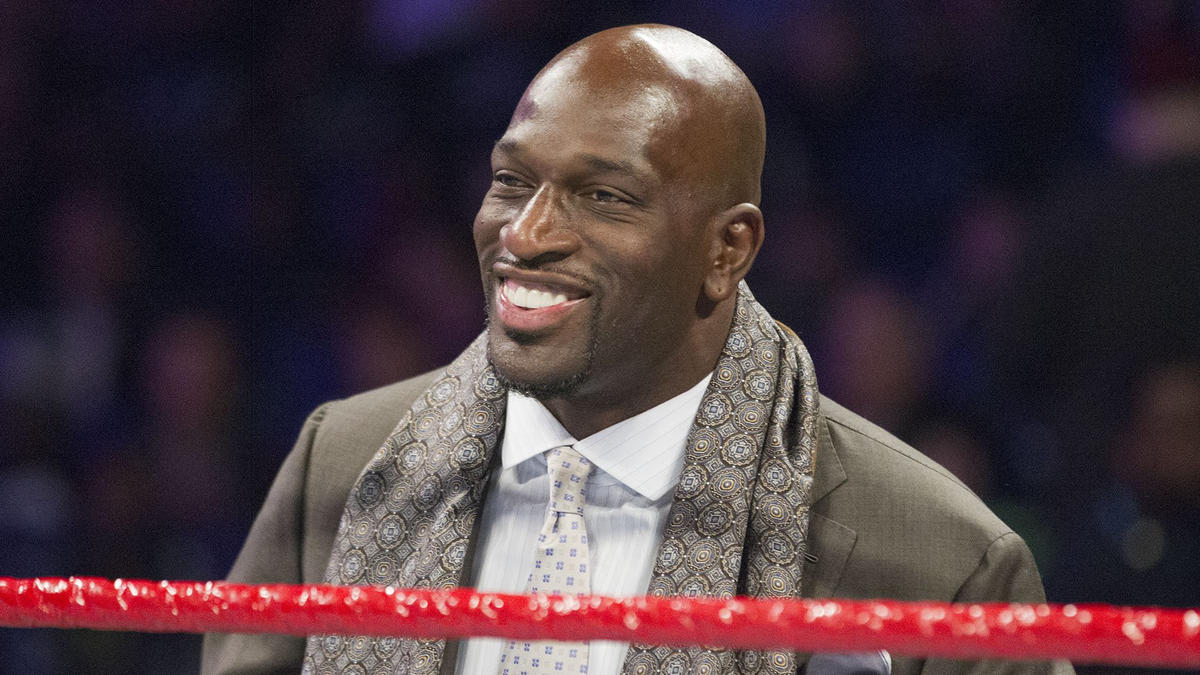 Titus O’Neil has made strides in the community during his time with WWE. The former WWE Tag Team Champion’s work ethic has been recognized within the company, as he received the Warrior Award at the 2021 WWE Hall of Fame ceremony, but it also extends beyond the wrestling world.

For the second consecutive year, O’Neil has been nominated for the Muhammad Ali Sports Humanitarian Award, an honor given to an athlete who goes the extra mile in lending a helping hand. Speaking with DAZN, O’Neil praised his family for putting him in a position to do some good.

“First and foremost, it means that the people that invested in me long ago when they had nothing to gain in return, we’re doing a good thing,” O’Neil said. “That work that they put in to make sure that I could be the first person to graduate from high school, the first person to go to college and graduate from college for my family, the first person to own a home, and the list goes on and on. Now, I’m a proud father of two sons and a guy that didn’t grow up with a father in the home. To me, when you take that, coupled with the fact that Muhammad Ali is literally my favorite athlete of all time, it is not only humbling, but also it just goes to show what can happen when people put themselves aside and look further than their own situation and say, ‘Let me help somebody.’”

O’Neil’s duties as a WWE Global Ambassador largely happen off camera, but the big man does make the occasional appearance on WWE television. O’Neil hosted WrestleMania 37 this past April alongside Hulk Hogan. The former 24/7 Champion had been outspoken about Hogan’s apology for his past racist remarks, but noted that that didn’t impact their compatibility as a host duo.

“We spoke a little bit after I got upset about the apology. We had a private conversation. But at the end of the day, I’m not one to be able to cast judgment on anyone,” O’Neil said. “I looked at the opportunity to host WrestleMania in my hometown, where I’m literally the unofficial Mayor here in Tampa. To do it with a guy that essentially put WrestleMania on the map, I looked at it as a business decision that was made.

“Vince McMahon runs this company, and everyone else that is associated knows that. I have a very special relationship with Vince. I don’t think that there was ever a moment where he felt like this was something that would put me in an uncomfortable position. Because it really wasn’t. I know who I am. I know what I represent. Even after hosting, to be honest with you, it was very pleasant to work with him. We had some stuff that he allowed me to change up, and we worked very well off of each other.”

Hogan was met with a chorus of boos upon his entrance, which O’Neil says took him off guard.

Regardless of any assumed tension, O’Neil says he has no grudge with Hogan.

“A lot of people on social media said hats off to you, man, for working and being professional and working with Hulk and that they we know what you said in public. I meant everything that I wrote. But at the end of the day, I don’t harbor any hard feelings against anybody,” O’Neil said. “I think that’s his cross to bear. My job is to be professional and make the best product possible for whatever I’m giving. I think we did that. I had a lot of fun. We dressed up as pirates. It was very hot, but it was fun. I got a chance to do it at home, and I will do it ten times out of 10 alongside Hulk Hogan if asked if I had the opportunity.”