WWE Champion Bobby Lashley is featured on the promotional poster for the 2021 WWE Hell In a Cell pay-per-view.

As noted, Lashley will defend his title against Drew McIntyre at the pay-per-view, inside the Hell In a Cell structure. If Drew loses, he will no longer be able to challenge for the WWE Title as long as Lashley is champion.

The only other matches announced for Hell In a Cell as of this writing are Bayley vs. SmackDown Women’s Champion Bianca Belair, and Charlotte Flair vs. RAW Women’s Champion Rhea Ripley. WWE has not confirmed these matches for the Cell structure.

WWE Hell In a Cell takes place on June 20 from the WWE ThunderDome at the Yuengling Center in Tampa, Florida.

You can see the HIAC poster with Lashley below: 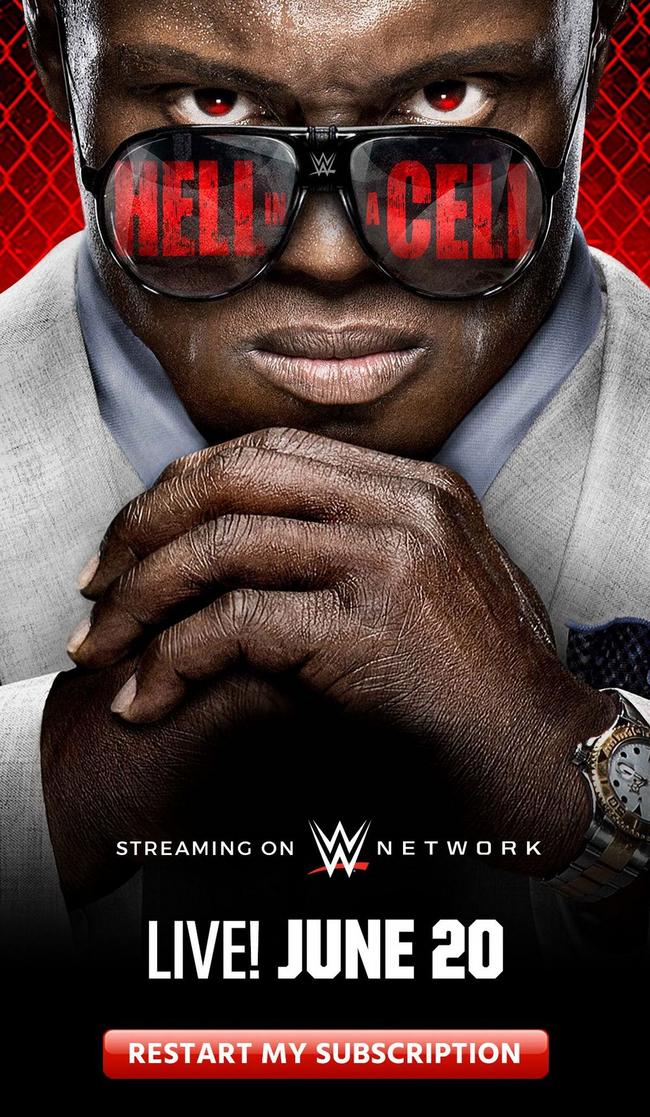