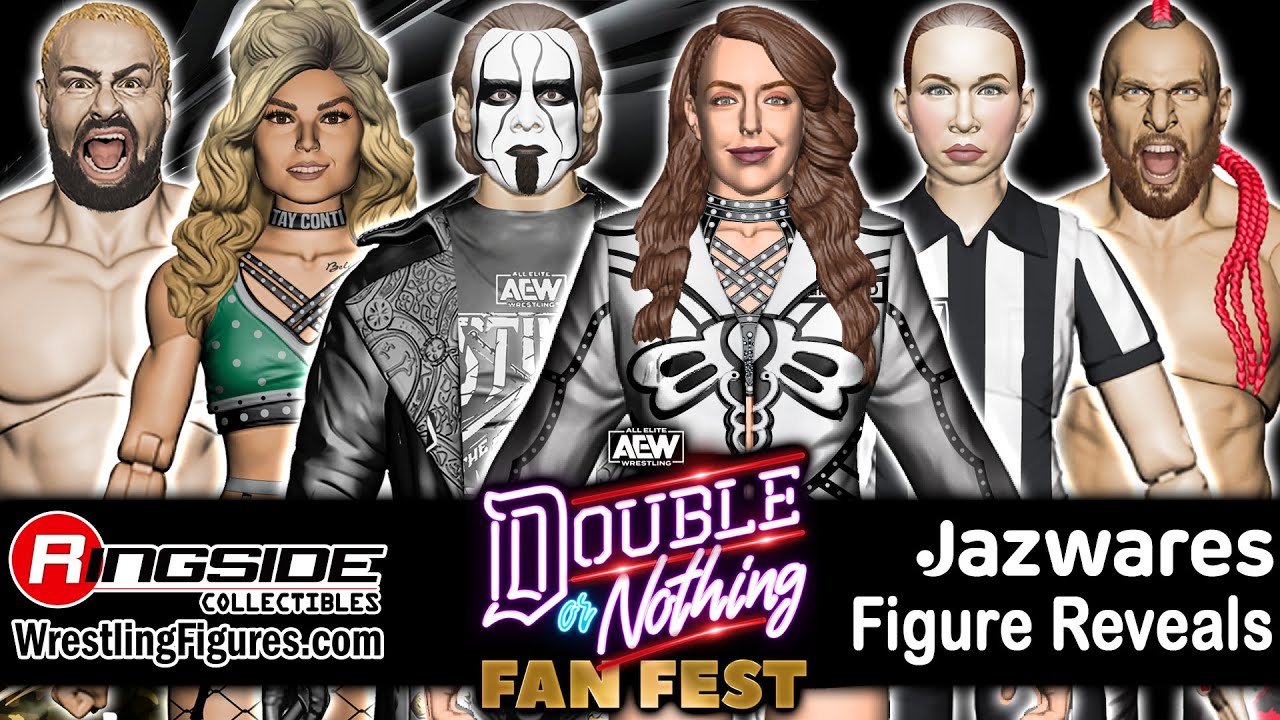 Ringside Collectibles has released a video on YouTube about the recent AEW Figures from Jazwares.

The video gives an up-close look at the figures that were announced during AEW Double Or Nothing Fan Fest.

During the weekend, it was revealed that AEW Referee Aubrey Edwards will be getting a figure that will be a Ringside Collectibles Exclusive.

There was also news about the Unmatched Collection Series One to Three.

The Unrivaled Collection Series seven to eight was also announced. Figures in the series include Orange Cassidy, The Young Bucks, Nyla Rose, and Kris Statlander.

Below is an in-depth look at the new figures:

Previous
Jungle Boy On If His AEW Push Was Affected Due To The Pandemic
Next
Tony Khan Returns To Impact Next Week, More Matches Added To “Against All Odds”