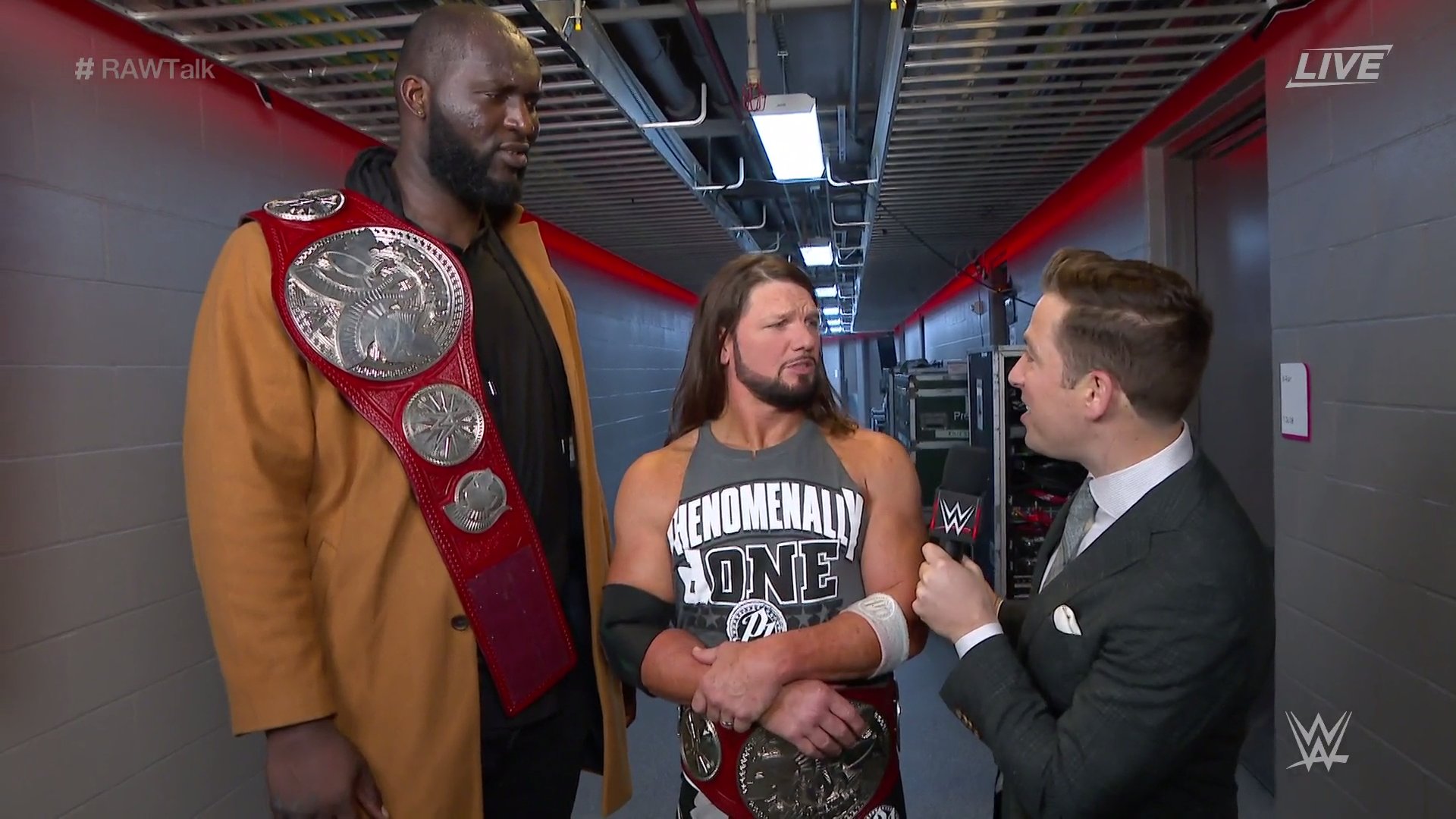 WWE RAW Tag Team Champions AJ Styles & Omos laid a beatdown on Riddle on tonight’s episode of RAW. First, Omos distracted Riddle by snapping his scooter in half, costing the Original Bro a singles bout to John Morrison. After the match, Styles flattened Riddle with the Styles Clash.

Styles & Omos appeared on RAW Talk to explain their actions.

Omos was asked why he destroyed Riddle’s scooter.

“Because I wanted to,” Omos responded. “It was awesome.”

Earlier in the night, Styles & Omos defeated The Viking Raiders to successfully retain their titles.

It appears Styles & Omos will be defending their titles against R-K-Bro at the upcoming SummerSlam pay-per-view. Randy Orton was once again absent from tonight’s RAW even though he was advertised to appear.

Previous
** SPOILERS ** WWE Main Event Tapings For This Week
Next
New #1 Contender To The WWE United States Title, Sheamus On His Nose