Bayley Admits “I Quit” Stipulation Is “A Little Intimidating” 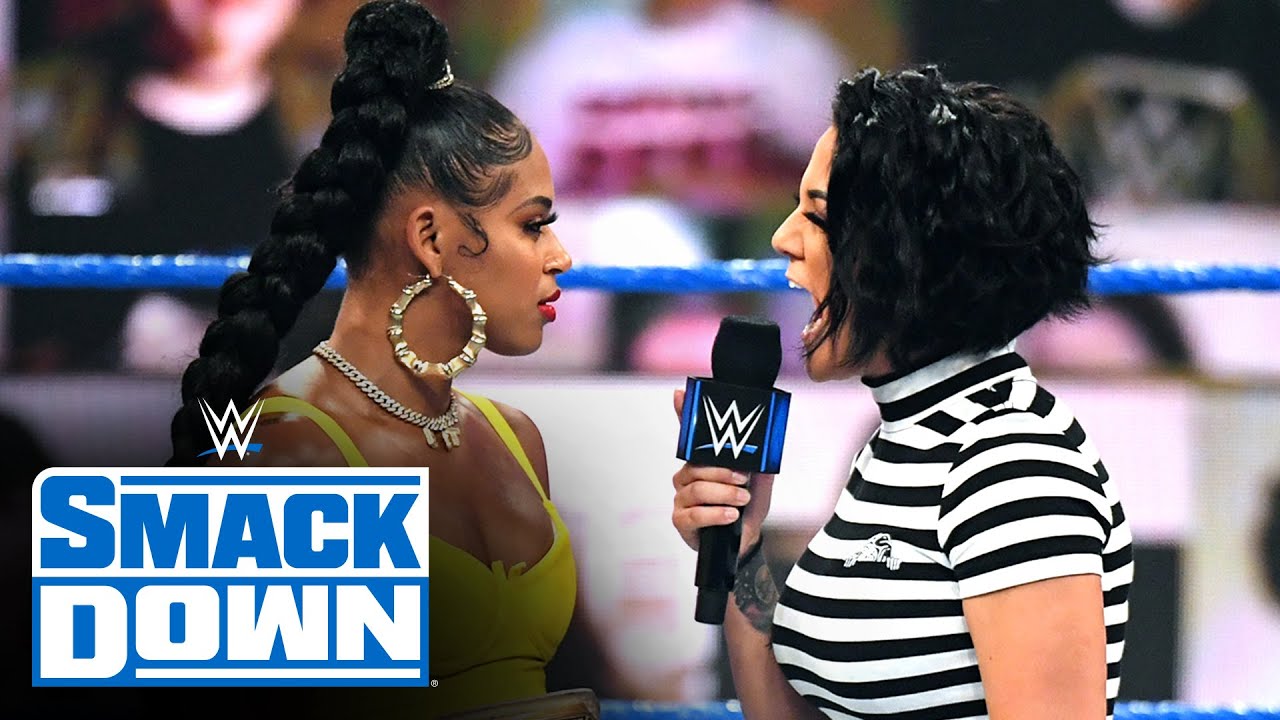 As Money In The Bank draws near in less than three weeks, challenges are now set higher than ever before, especially for the SmackDown Women’s Championship. Last night on Friday Night SmackDown, Bianca Belair invited Bayley to settle the score one last time in an “I Quit” match for the championship. Now that they’ve hit their third installment in this contest, Bayley guarantees she will be the last writer of their novel rivalry by ending the story with the gold wrapped around her waist story and reclaim the empire she once built during the pandemic.

In her interview on today’s Talking Smack, Bayley mentioned how “stupid” it was for “The EST of WWE” to pick such a gruesome stipulation that she thinks Belair will live to regret come July 18.

“It’s a ridiculous thought to think that Bianca could actually make me utter the words, ‘I Quit.’ Are you serious?” Bayley asked. “Have you seen what I’ve done? Bayley retracted. “Yes, she’s gotten lucky a few times, she used a ladder the other time, but there is no possible way that I will sit there and force Bianca to make me say I quit. There’s no way. She’s an idiot for choosing this match. I am such a genius for getting inside the champion’s head, who’s supposed to have a different mindset. Bianca doesn’t realize that I’m like 10,000 steps ahead of her.”

Bayley did openly reveal that while she has butterflies in her stomach going into this stipulation match, she won’t let anything interfere with her third and final chance of snatching the title away from Belair.

“So, this match is a little intimidating for me,” Bayley revealed. “So, imagine how Bianca feels. Yeah, it’s intimidating to me, but I’ve been ready for every single thing that’s been thrown at me in my career in WWE since day one. I’m ready for anything. Bianca is done for. I don’t care what she thinks or the title that she holds because it’s coming back home.”

You can check out Bayley’s full interview on Peacock and the WWE Network. If you use any quotes from this article, please credit WWE Talking Smack and give a h/t to Wrestling Inc. for the transcription.

The #SmackDown Women's Title will be on the line in an "I Quit" Match at WWE #MITB! @BiancaBelairWWE @itsBayleyWWE https://t.co/sQz3XeWCPO pic.twitter.com/e6Sj7CuXUl