Booker T On Which Recent WWE Releases Stood Out To Him 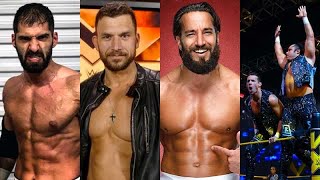 WWE recently announced another round of releases on June 25th that invovled 13 wrestlers. The names included Killian Dain, The Bollywood Boyz (Sunil Singh, Samir Singh), Marina Shafir, Arturo Ruas, Curt Stallion, Fandango, Tyler Breeze, Ever-Rise (Chase Parker, Matt Martel), Tony Nese, Ariya Daivari and August Grey. This was following a round of releases onn June 12th, where
the company announced that they were releasing several big name stars including Aleister Black, Braun Strowman, Lana and others. It was reported at the time as well that the talents were released due to budget cuts.

On the latest episode of The Hall of Fame Podcast, Booker T talked about this recent crop of WWE releases and named a few of the wrestlers that stood out to him. The 2x WWE Hall of Famer chose Fandango as one of the superstars he was very shocked to see let go, describing his gimmick as one that was perfect for him.

“Tony Nese is a name that stands out,” Booker said. “Fandango is another name that stands out. He got a win over Chris Jericho. Let me tell you something man, Fandango was a gimmick that was tailor made to get over. You should be able to take that gimmick and run it to the moon if you really are serious about the gimmick.

“I do remember when Fandango first got the gimmick and I remember him not being that good of a dancer. Some people may not even think it’s true but I said to him that he should go and be the best dancer you can possibly be to make this thing really really something special. The voice that Fandango spoke, I don’t like that, I thought it could be something different. It was all subtle but it didn’t have anything where it turned on or turned out, he had never really given you anything to really buy in.”

Booker compared Fandango’s gimmick to Elias’ with his guitar. Booker said he spoke with Elias just like he did with Fandango and told him about the importance of his guitar to his act.

“Another guy I think about is also Elias,” Booker said. “[I told him] I don’t know how good of a player he is as far as his music goes, but that’s where your money is. Your money is in that, your music and your guitar and how well you can sing as opposed to how well you can wrestle. Wrestling, you got to be able to go out and do that as well, but invest your time in becoming good at this right here, where you can actually sell out a show after the show. Then you become a star, then you become a dual star, where people look at you for more than just one reason.”