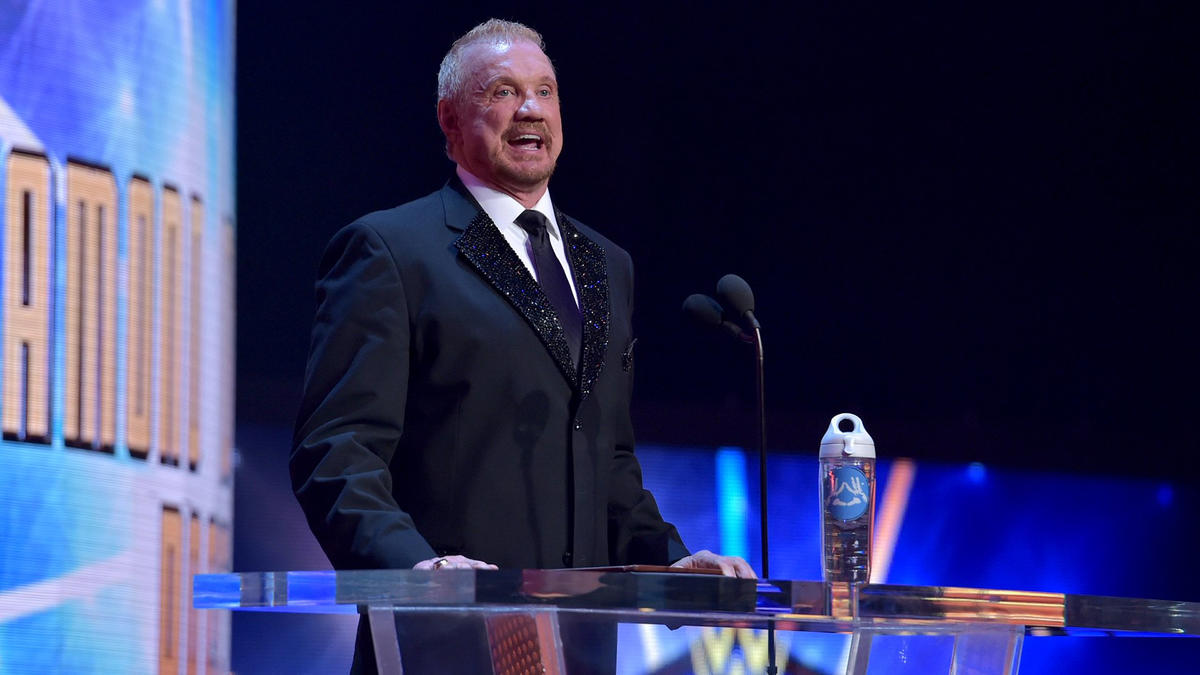 With his in-ring days are behind him, Diamond Dallas Page has focused his career on his DDP Yoga brand. Page has developed DDP Yoga for over a decade, and has helped former wrestlers like Scott Hall and Jake Roberts turn their lives around with his custom exercise plan.

“He loves pro wrestling and he loves himself,” Page said. “I never thought I’d meet that Jake. Discipline is the truest form of self love. If you go back to anytime you failed, you stopped disciplining yourself.”

DDP’s storied wrestling career was capped off in 2017 when he was inducted into the WWE Hall of Fame. The former WCW World Champion noted he didn’t anticipate the induction announcement, but felt he definitely deserved it.

“Well for starters I didn’t have any idea. They let you know either in January or February and this was in October and they were doing a video on me,” Page said. “WWE wanted to bury WCW when we got there. It was business, it wasn’t me personally. I took the brunt of it, but I knew if I just shut my mouth and didn’t complain like so many other guys do and put down the company. They are going to have to put me in that Hall of Fame or something. How could you not? No one’s ever had my story.”

Page noted he was aware of the induction before the public announcement, as Triple H called him with the news.

“Triple H and I go way back. When I got his call I was like, ‘Hey bro,’ because I put a call in for him. I thought he was just calling me back,” Page said. “He started talking about my career and my work ethic and at some point I started thinking, ‘Is this that call?’ And I don’t want to say it is because I don’t know, but they’re filming me and at some point he says we’re going to put you in. Dusty Rhodes said, ‘D, there are only two things that are real in our business: one is winning your first world championship title and two is that hall of fame ring.'”

Page only worked in WWE for a couple of years, but he took a lot away from his experience there. DDP debuted in the promotion by being revealed as the Undertaker’s wife’s infamous stalker, a storyline he does not exactly look back upon fondly.

“Vince McMahon taught me to never be afraid to walk away from the table. What I should’ve done was got up,” Page said. “When Vince said, ‘I want you to stalk The Undertaker’s wife,’ and he’s looking across from one of the most beautiful women ever, my first ex-wife, I was there to be a part of the team. In WCW I fought for everything. If I were in the WCW mindset and Vince said we want you to stalk Undertaker’s wife, I would’ve looked at him, looked at her, looked back at him, and said, ‘Vince are you looking at my wife?’ I’m going to stalk some other cats wife when everybody knows she’s my wife? What I should’ve done was shook everyone’s hands and said love the idea, but not for DDP.”

Even though the Taker angle soured him a bit, DDP had one specific feud he dreamt of pursuing in WWE that never materialized.