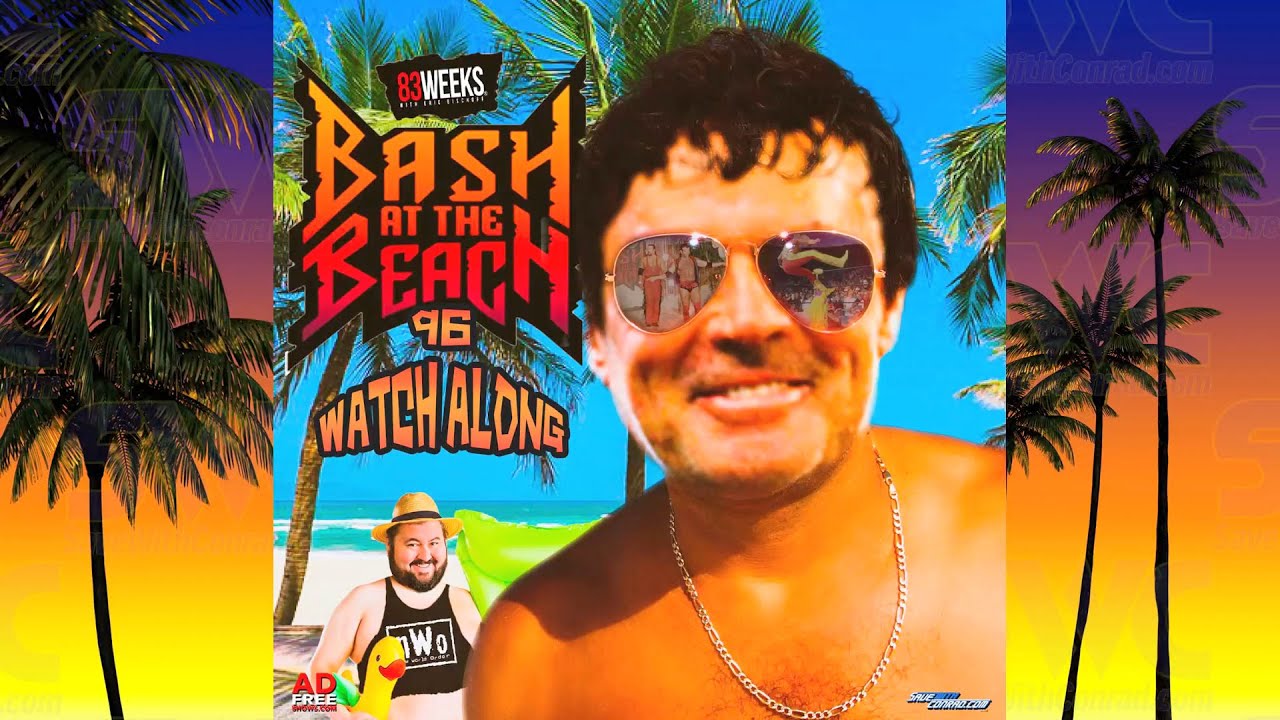 On the latest episode of the 83 Weeks Podcast, former WCW President Eric Bischoff went back and rewatched Bash at the Beach 1996, the show where the nWo was first formed.

Bischoff spoke about this infamous night in wrestling history and how behind-the-scenes he truly was not sure know if Hulk Hogan was going to follow through with turning heel until the moment he walked out of the curtain. He also spoke about Hogan’s manager Peter Young, who was tried to talk his business partner and close friend out of it.

“Peter Young has a deep affection for Hulk Hogan and still does,” Bischoff said. “Peter Young has been Hulks manager probably since early WWF and the bond between those two is very real and very close and I respect that. I will say that Peter Young truly has Hulk’s best interest at heart so I don’t want to make it sound like Peter was selfish or concerned about himself or anything like that.

“But, Peter Young is one of those guys that’s always afraid that the sky is going to fall. In my experience with him, Peter was one of those guys that was always so fearful that something negative was going to happen based on something Hulk was going to do that I was pretty sure that he was that voice in Hulk’s ear. He didn’t mean to do it but because of his affection for Hulk and his role as Hulk’s manager, I was pretty sure that Peter was in Hulk’s ear on a pretty consistent basis, trying to talk him out of this in his own way.”

Bischoff noted the other influences on Hogan who were continuously trying to steer him in another direction and not be revealed as the nWo’s third man. The 66-year-old said his wife at the time, Linda, and his children were two major factors in trying to change Hogan’s mind because of the impact they believed it would have on his merchandise sales.

“Linda was all about the money, she didn’t give a s--t,” Bischoff said. “She was obviously a strong influence, she could wear you down, she had a strong personality and if Linda thought that this would be a bad financial move for Hulk, because let’s face it, heels don’t sell merchandise. Generally speaking, clearly not the case with the nWo because they’re still making money as we heard from Scott Hall a couple weeks ago. But at the time, we didn’t know that, Hulk didn’t know that, Linda didn’t know that, Peter Young wouldn’t have known that. Typically in the wrestling business, once you turn heel, your merchandise sales go down dramatically.

“I would imagine from Linda’s perspective that was a concern but even though the kids were very young, that was one of Hulk’s primary concerns. When I went down to Hulk’s house to talk to him about the idea of turning Hulk, his primary concern was the effect it would have on his kids, the first thing that he brought up. ‘Man, I’ve got young kids that are in school. I live in a community where people are into the Hulk Hogan character. I’m a positive influence and I do a lot of positive things for charities.’ At the time, I think he had made more Make-A-Wish appearances than anybody in history.

“Hulk was really aware that a lot of those opportunities to work within the community and to sell merchandise, he was venturing into the unknown,” Bischoff continued. “Even though Hulk’s merchandising and things like that weren’t as popular as it was in the mid 80s, early 90s, it was still significant. He was still getting a lot of commercial opportunities and endorsement opportunities. He knew that turning heel would be waving goodbye to all of that. There was a lot of genuine concern about a lot of issues but the kids were a big part of it even though they were very young, Hulk was very concerned that turning heel would have some kind of adverse effect on his kids. Kids are kids, it is what it is.”

Bischoff stated that he did not really tell anyone about the heel turn and wanted it to be confidential outside of the people who truly needed to know at the time. Bischoff also admitted that he would love to go back in time and work for WCW and Turner Broadcasting again during that era.