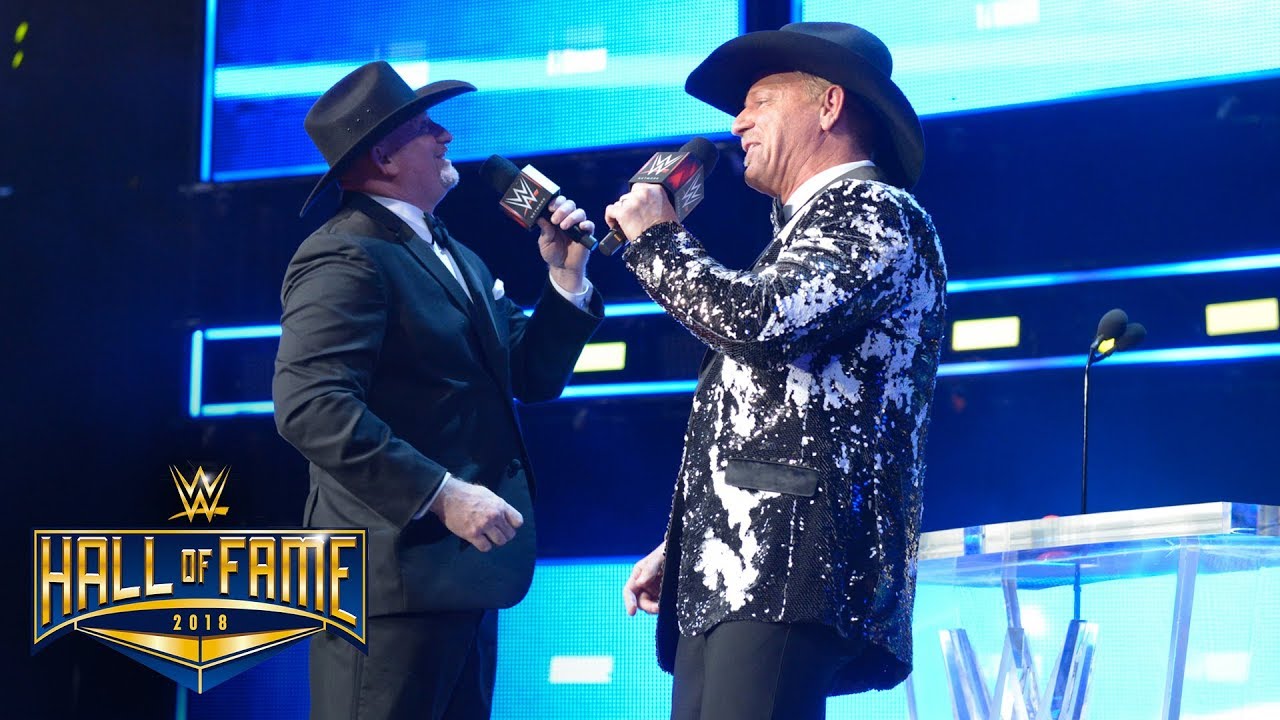 WWE Hall of Famer Jeff Jarrett recently discussed on his podcast, My World, the reason he left the WWE in July of 1995 after wrestling Shawn Michaels at “In Your House 2” for the Intercontinental Championship.

On that night, Jarrett and his partner Brian James, a.k.a. Road Dogg, were scheduled to break up, but the two disagreed with the company’s decision. During that time, Jarrett and Road Dogg had were involved with a song called “With My Baby Tonight”. In the video, Jarrett was singing the song, although it would later be revealed that Road Dogg actually sang it. Jarrett detailed why he ultimately left the WWE due to disputes over creative and even detailed how there were plans to do a full album with the two wrestlers.

“Lack of communication and I’ll take full responsibility,” Jarrett said. “I’ll still stick to my guns that the package of Double J, and we’re still talking about it today. You would’ve thought oh man, Jeff and Brian, they were together a couple of years. We were on screen together six months, that to me is a little bit of validation that we really had something. I bet I had 3 or 4 conversations [with Vince]. ‘Ah, Vince, I really think it’s premature, I don’t think we need to pull the trigger.’ We had talked about another video, we talked about multiple videos, we talked about an album.

“You have to remember, CDs in the 90s were printing money. Living in Nashville and knowing the amount of money that was being distributed, the country music industry, there were a whole slew of acts in the early 90s they literally blew this town up from a financial perspective, all the money that was being created. As hot as the country music business was and knowing that Brian can sing his ass off as good or better than most folks out there, it’s not my opinion, I’m talking about music execs.”

The founder of TNA Wrestling spoke about conversations he had with Vince McMahon to try and change his mind but unfortunately, it didn’t work out.

“The only thing I know to do is, once we shoot the angle, it’s game set and match,” Jarrett said. “The title is inconsequential to our storyline. Our storyline is between us. I went to the well again Sunday, I’ll never forget it. I’m standing on stage next to Vince and we’re going over the performance and I say ‘Vince, can we reconsider this? I don’t think so, I really don’t think we should do this.’ [Vince said] ‘Nope, no,’ he really didn’t even give me the time of day.”

The WWE Hall of Famer described how during his match with Shawn Michaels, he and Road Dogg were supposed to split up after the match and end their tag team. Jarrett described what his thought process was in walking out that night.

“Here was sort of the Jeff plan, drop the title, Shawn is my buddy, it’s business, I’m not going to prohibit anybody from doing their thing,” Jarrett stated. “But if I don’t do the angle with Road Dogg, my plan was to leave the building, let the dust settle and the meeting of the minds would take place. A week, two weeks, three weeks, I just didn’t foresee Vince McMahon being furious and Bruce [Prichard] being irate and Pat [Paterson] saying ‘Let’s move on.’ I’m putting words in their mouths but I’m not putting words in Vince’s, Vince was furious.“

Jarrett returned to WWF briefly in December of 1995 before leaving again after the 1996 Royal Rumble.