Paul Heyman has fueled the rumor mill with a change to his Facebook profile photo.

The WrestleMania 31 main event saw Lesnar defend the WWE Title against Reigns. The match ended in a title change after Seth Rollins cashed in his Money In the Bank briefcase.

It’s possible that Heyman is just trolling fans, but the speculation now is that Heyman is teasing Lesnar’s upcoming WWE return, or a potential program with Reigns. Heyman has served as Reigns’ manager while Lesnar has been away from WWE. A hot topic among fans for the past year or so has been what might happen when Lesnar returns and Heyman is aligned with Reigns.

Lesnar has been away from WWE since losing the WWE Title to Drew McIntyre at WrestleMania 37 in 2020. His contract expired last year, but it’s been expected all along that Lesnar will eventually return to work for WWE. There’s also been speculation that WWE is saving Lesnar’s return for when they have fans in the crowd again, which happens next week. Reigns is currently feuding with WWE Hall of Famer Edge, and will defend his title at Money In the Bank on July 18.

WWE reportedly wanted Lesnar to return at SummerSlam on August 21, but it’s been reported that there was no return deal in place, at least as of mid-June.

Stay tuned for more on Lesnar and Heyman. You can see Heyman’s new profile photo below: 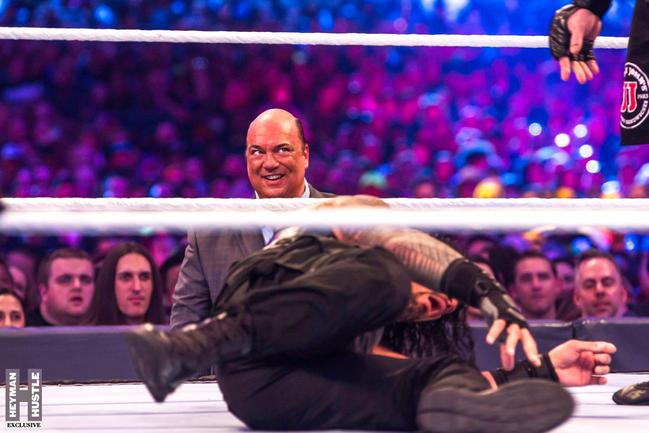