Chris Bey has apparently joined The Bullet Club, according to Fightful Select.

Impact tweeted a video earlier today of Bey finding a Bullet Club t-shirt in his locker room. Then at tonight’s Impact TV tapings, Bey appeared to join the group by throwing up a “Too Sweet” with Jay White during a segment. Bey wore one of the Bullet Club t-shirts after that segment.

EXCLUSIVE: @DashingChrisBey and @HakimZane's plans didn't play out well at #Slammiversary but Bey has found a very intriguing shirt… pic.twitter.com/3VTPc46bqz 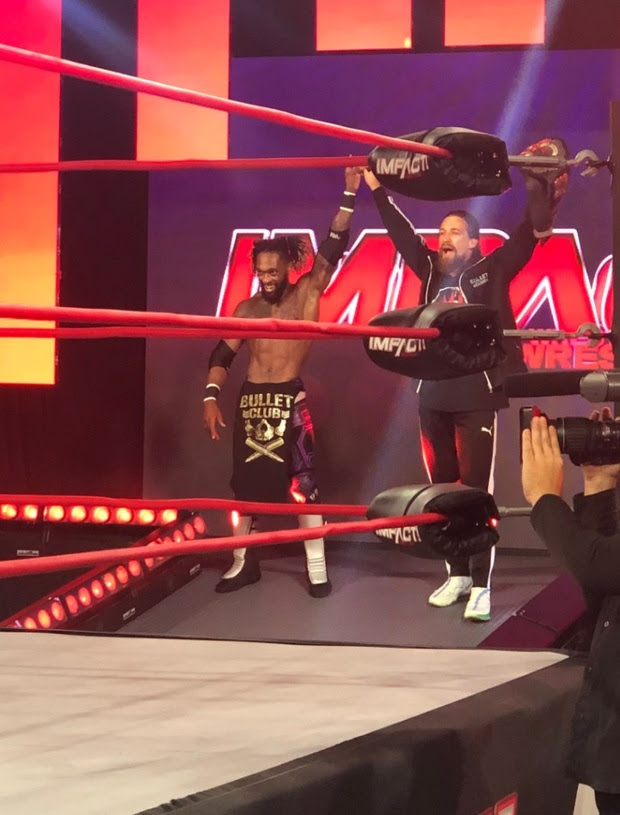