The Undertaker And Michelle McCool At RAW

The Undertaker and Michelle McCool were in attendance for last night’s WWE RAW from the American Airlines Center in Dallas, Texas.

Taker was visiting backstage at the show, according to PWInsider. McCool was spotted by fans at ringside watching the matches with their 8 year old daughter Kaia.

The Calaway family lives near Austin, Texas, which is just a few hours from Dallas.

McCool revealed on her Instagram Stories that her daughter held two signs, joking that WWE Women’s Tag Team Champions Natalya and Tamina Snuka weren’t happy with one of the messages. One side of the sign said, “My Mom Can Beat All The Women Here,” and the other side said, “My Dad Can Beat All These Guys”

McCool and The Undertaker are both retired. McCool’s last singles bout was the No DQ Loser Leaves WWE match against Layla at Extreme Rules 2011. Since then she has worked the 2018 Women’s Royal Rumble Match, and the Battle Royal at the all-women’s WWE Evolution pay-per-view in 2018. Taker has not wrestled since defeating RAW Tag Team Champion AJ Styles in the Boneyard Match at WrestleMania 36 in 2020. He had his “Final Farewell” retirement at the WWE Survivor Series last November.

You can see a photo of McCool sitting ringside below, along with screenshots of her Instagram Stories posted this morning: 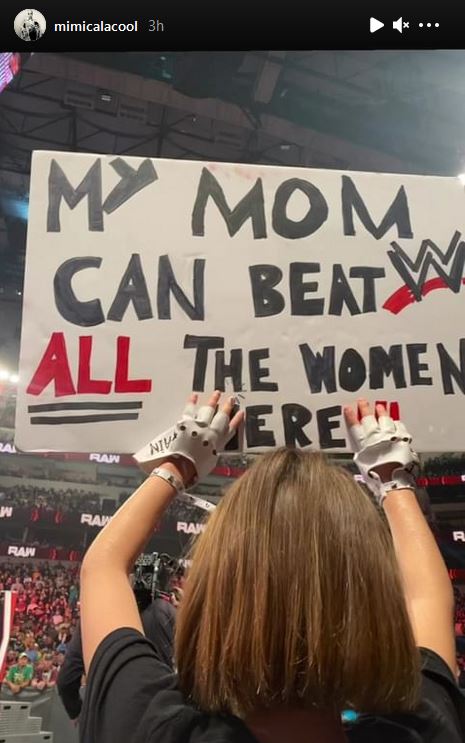 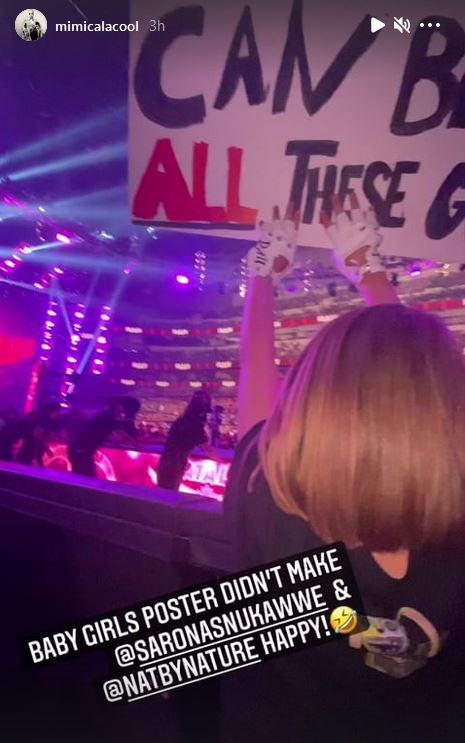 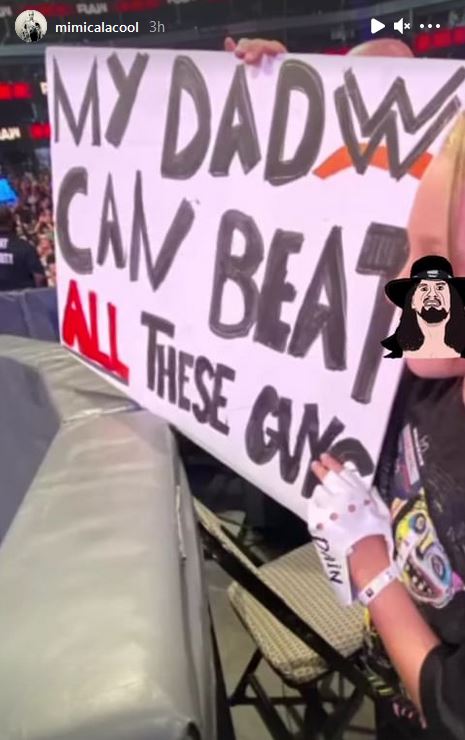 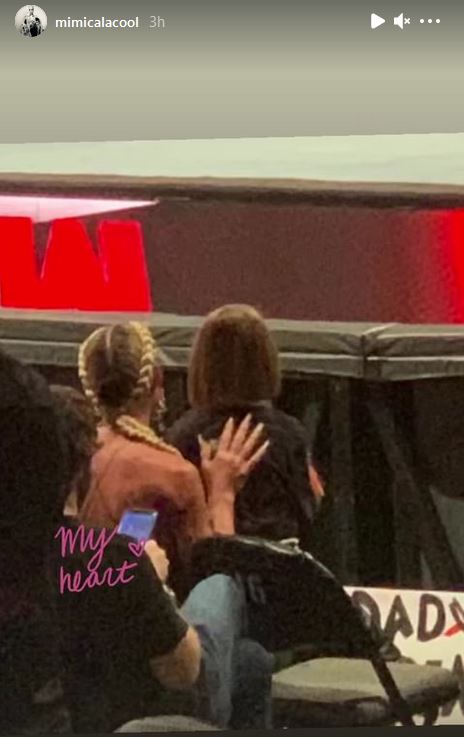