AEW and Pro Wrestling Tees have announced two special events to take place during All Out Week in Chicago.

All proceeds from the softball game will go to PAWS Chicago. Tickets are $20 each, or $60 for a 4-pack. Tickets also include meet & greets with more than 15 AEW wrestlers. The meet & greets are scheduled to run from 5-7pm while the game begins at 8pm. Tickets can be purchased at AEWCommunity.com.

PWT will also present the Official AEW All Out Side Party. The event will be hosted by The Wingmen – Ryan Nemeth, Cezar Bononi, Peter Avalon, and JD Drake. There will also be a Dunk Tank with The Gunn Club and The Wingmen to benefit charity, plus a live recording of Colt Cabana’s Art of Wrestling podcast with AEW wrestlers.

The All Out Side Party will take place on the day of the pay-per-view, Sunday, September 5 from 1pm until 5pm. It will be held across the street from the NOW Arena in Hoffman Estates, Illinois, at the Hideaway Brew Garden. Admission is free for all ages. There will be food and alcohol for sale, a live DJ and entertainment, and a photo booth.

Stay tuned for more. Below are the two flyers for the new AEW x PWT events: 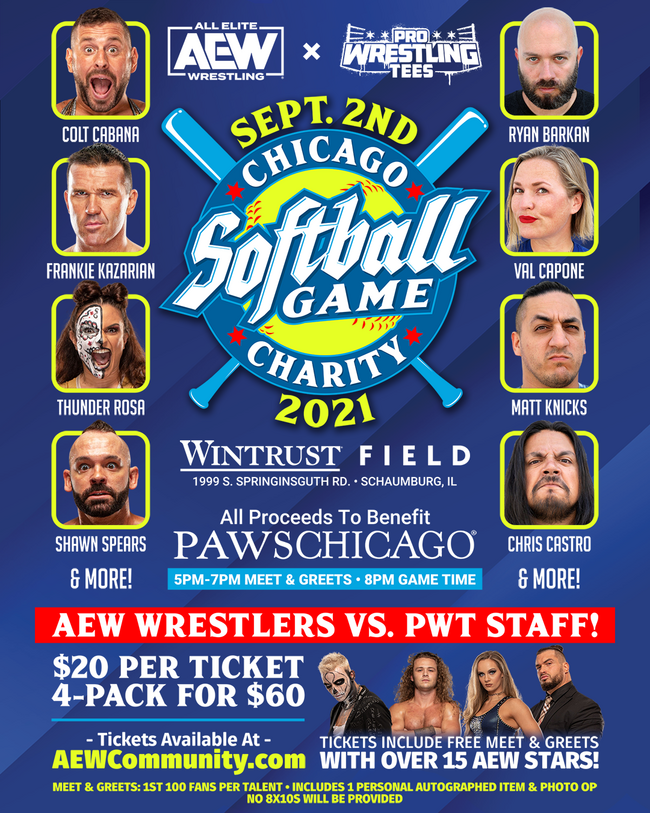 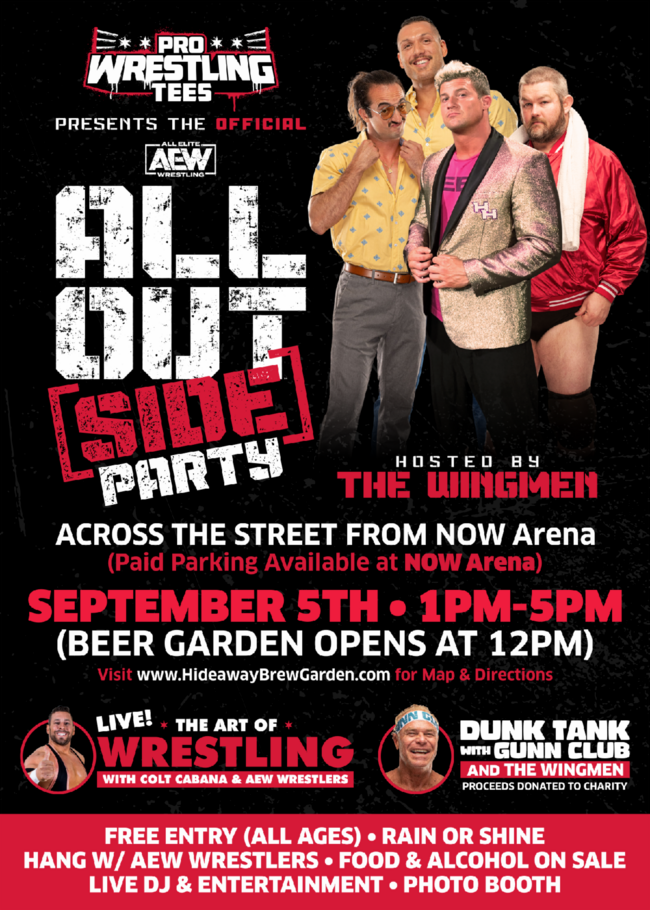