Pro wrestling legend “Beautiful” Bobby Eaton passed away at the age of 62 on Wednesday.

Debbie Eaton Lewis, the sister of Bobby, confirmed the news via Facebook. She did not reveal the cause of death.

Eaton was hospitalized in late July after suffering a bad fall. He reportedly broke several fingers and damaged his hip during the fall. It’s unknown if his passing is related to the earlier accident.

Eaton was best known for his work as one half of The Midnight Express. Under the management of Jim Cornette, he originally teamed with Dennis Condrey and, later on, with Stan Lane.

A pioneer in the art of tag team wrestling, Eaton also tagged with the likes of Arn Anderson, Koko B. Ware, Steve Keirn, and William Regal.

Wrestling Inc. sends its condolences to the family, friends and fans of Eaton. 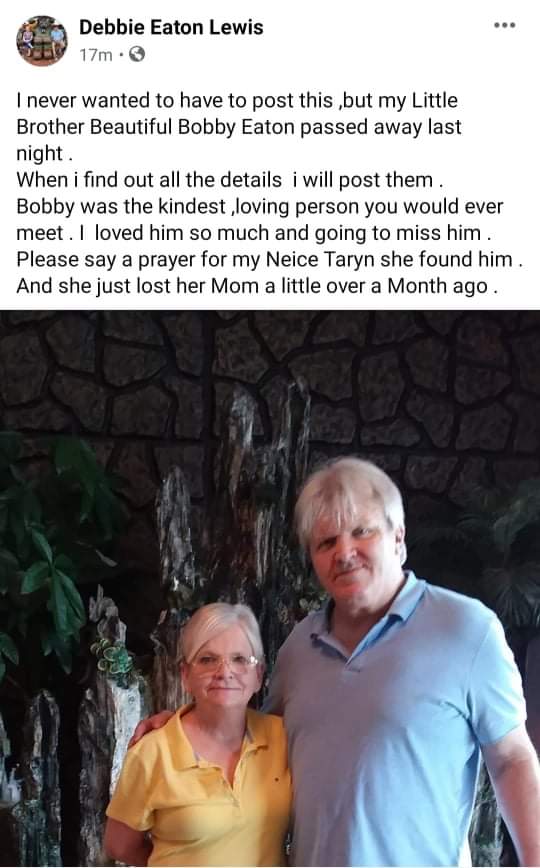 I really hate doing these it's been a rough week, but we once again send out our sincerest condolences to the family, friends and the fans around the world as the legendary Beautiful Bobby Eaton has passed away at the age of 62. We thank you for the Memories. R.I.P. Bobby. pic.twitter.com/QfmJuzSPN5

RIP to one half of the midnight express and one of to he greatest workers of all time “Beautiful” Bobby Eaton, condolences to his friends and family pic.twitter.com/0eEFVCN7yk

Very shocked and saddened to hear about the death of Bobby Eaton. Between the ropes he could do it all. Super nice guy as well.

RIP Bobby Eaton. A friend, and an absolute master of the craft of professional wrestling. A man whom I hope will get the recognition that he undeniably deserves. It was my pleasure to know, watch and learn from you. Our industry is a better place because of you. Godspeed sir. 😔 pic.twitter.com/6VdcgBDcdt

Peter Bahi and Keith Goessl contributed to this article.