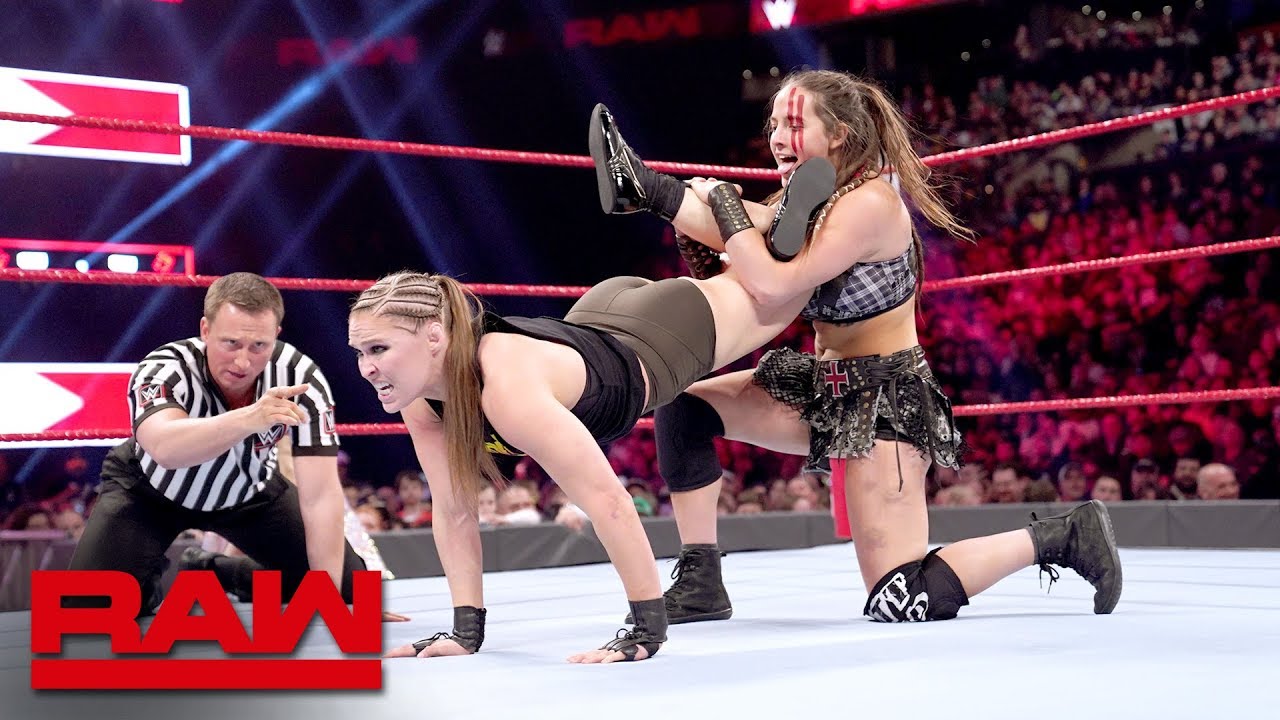 On a recent edition of Oral Sessions, former WWE star Sarah Logan [Sarah Rowe] told Renee Paquette a hilarious interaction she once had with Vince McMahon during her four-year career in WWE. This opened the conversation of how Rowe’s association with the chairman was before her release last year.

“So, we were at Tribute To The Troops, and my mind is blown because I come from a military background family,” Sarah Rowe mentioned before getting to the crux of the story. “Vince walks by with his entourage, and he goes, ‘Ladies [clears his throat].’ And I go, ‘Hi, sir [makes growling noise].’ He, like, stops and then keeps on going.

“Dori [fka Ruby Riott] grabs me and goes, ‘Did you just growl at Vince McMahon?’ [I was like], ‘He growled at me first!’ She’s like, ‘Sarah, he was clearing his throat!’ I was like, ‘I thought we were doing the ‘you growl, I growl’ kind of thing.’

“My final days at WWE, I actually went into Vince’s office. I had it in my brain that I was going to go in there, be mean, and give him a piece of my mind.  I went in there and I was the most professional that I’ve ever been in my life,” Rowe stated. “Again, wrestling doesn’t owe me anything at all. It’s given me more than I could ever have hoped for. I went in there and I was like, ‘This is obviously my dream job. I’ve lived it. It’s given me my best friend and my husband, and now my child. I thank you, and I hope we meet again someday.’

“I shook his hand and left. Who would have thought some small-town girl from Eastern Kentucky whose family had never left Kentucky would have wrestled The Bellas or Ronda Rousey in Australia, wrestled in Madison Square Garden, went to Madrid, Spain. I wasn’t supposed to have done any of that. I couldn’t sit there and act like I was pissed. Was I heartbroken? Yes, but I had the best time of my life there, and my life’s still getting better.”

Another interesting topic both women touched on in this episode was their definition of feminity and how Rowe’s version was polar opposite from what WWE defines it to be. Rowe shares that McMahon never disapproved of her look, which meant no makeup and less hair maintenance. In fact, it seemed McMahon wanted Rowe to showcase what a female Viking might look like in the modern era.

“Actually, he (Vince McMahon) was very cool about it to me. I don’t know what was said elsewhere,” Rowe added. “This kind of makeup is fine with me, just my eyes or something, but the WWE makeup, I would watch my matches back and I was like, ‘That doesn’t look like me’, and that bothered me. I don’t know if I should have gotten over it or whatever, but it bothered me personally. I was talking about it and someone was like, ‘Go tell him.’ I was like, ‘Vince, I don’t like wearing makeup. It makes my eyes hurt. I don’t think I need it. I don’t want to wear it.’ He said, ‘I think your face is pretty expressive enough not to wear makeup.’ I said, ‘I do, too.’ He said, ‘Alright.’ I was like, ‘Ok, thank you,’ and I left. I stopped wearing it and I felt better about myself. Being feminine has always been super hard for me. I grew up with four brothers, and it just never was a thing. I never knew what my feminine side was. I only knew what my tomboy, dude side was.”

As they concluded the interview, Rowe briefly touched on her friendship with Ronda Rousey, which transpired further after her release. She finds it fascinating that they both are cut from the same cloth and enjoy farm life.

“We’re honestly closer after WWE than we were [in it],” Rowe revealed about her friendship with the former RAW Women’s Champion. “Ronda has always been someone that, for me, has been super easy to talk to; always super awesome to hang out with.

“I feel like Ronda has been in such a singular sport for so long, I can’t speak for her, obviously, but I think it was really special for her to be like part of a team aspect in WWE. Like, I said she was the female version of Kurt Angle. She just took to wrestling so naturally. She had such a great attitude, and you could tell she loved to be there. Ronda is great. I can’t wait to see her become a mom.”