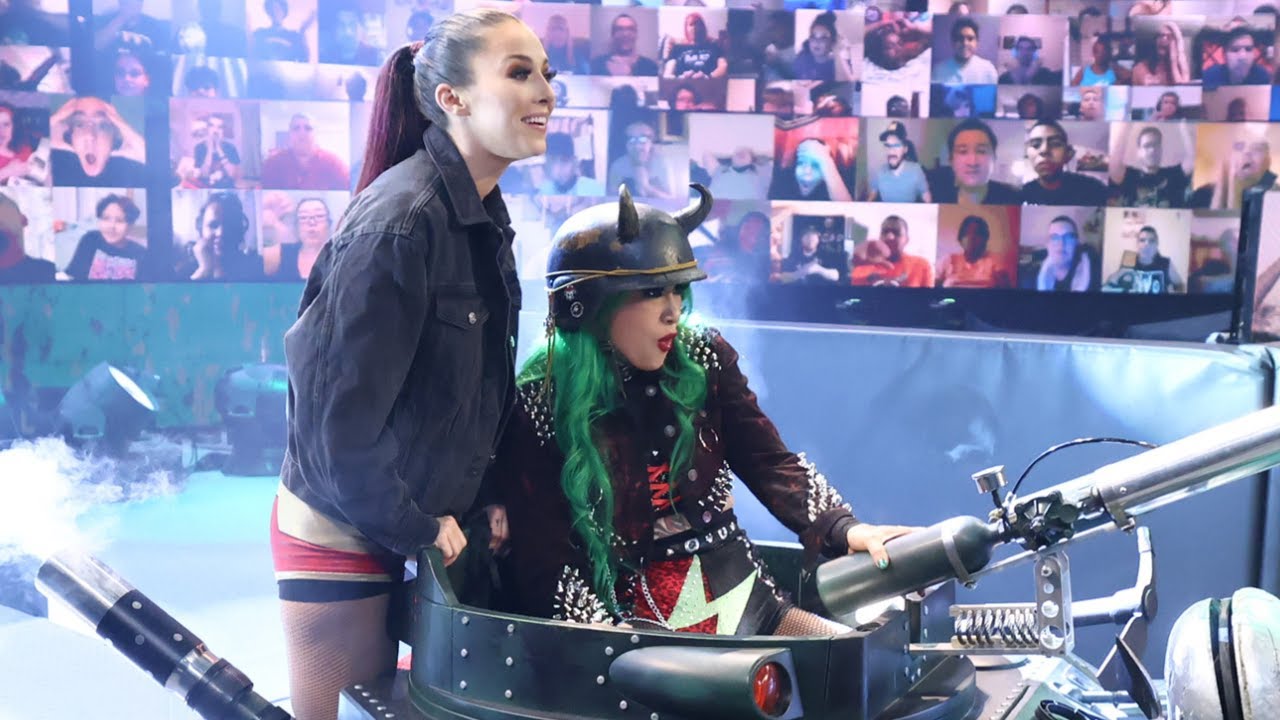 This week on WWE’s The Bump, the most recent recruits on the SmackDown brand, [Tegan] Nox and Shotzi [Blackheart], came on today’s show to talk about their rise on the blue brand and what their goals are going forward. But first, panelist Kayla Braxton opened the conversation by asking them both how it feels to be part of the main roster.

“It just happened so fast. It’s wild,” Shotzi said with amazement. “I mean, my whole career here has been wild.”

With back-to-back victories over the Women’s Tag Team Champions Natalya and Tamina, Nox assumes it’s time for her and Shotzi to add some gold to their waists.

“I mean, we’ve just beaten a Neidhart and a Snuka. Surely, that means No. 1 Contenders, right?” Nox pondered.

Before making their main roster debuts, both Nox and Shotzi joined forces on NXT, collaborating in several high-caliber matches. Now, they hope to ignite that same fire they once had before Nox’s most recent injury and reclaim their spots as top competitors.

“I think we gelled pretty quickly. We had a little run in NXT as a tag team, which was fun. And then my knee went, ha ha ha,” Nox stated.

“People forget that we’ve been tagging for a while, up until, you know, your injury,” Shotzi informed. “We were going, and now, we’re back at it.”

One thing that’s important to note is that Nox and Shotzi have challenged for the Women’s Tag Team Championships before when the former champions Sasha Banks and Bayley were running and defending their titles on each and every brand last year. Although they fell short the first time, they have gained a lot of knowledge from that first title fight and hope to redeem themselves again once Natalya and Tamina give them that opportunity. But for now, they discuss the key takeaways from their first title encounter with Banks and Bayley.

“Oh, I learned so much,” Shotzi began. “We look up to them. The nerves were all there in that match. But you know, we got close. It wasn’t a squash. We definitely showed them that we belong here. And you know, a year later, we’re back at it. We’re going after those championships.”

“During the match, we were like, we want the championships, and this is what we’re focusing on. Then after, we were like we were just in there with Bayley and Sasha for the titles. That’s really cool,” Nox added. “Here’s this small-town girl from Wales who just went up for the Women’s Tag Team Championship against two of the world’s best wrestlers. That’s something you never think would happen. But then you get to bathe in what just happened. But at the time, this is the task at hand: I need to kick someone in the face and try to win some gold.”

You can watch Nox and Shotzi’s full interview here. If you use any of the quotes in this article, please credit WWE’s The Bump with a h/t to Wrestling Inc. for the transcription.