Dave Wills Explains Why He Was Crying In Infamous “It’s Still Real To Me, Dammit!” Meme 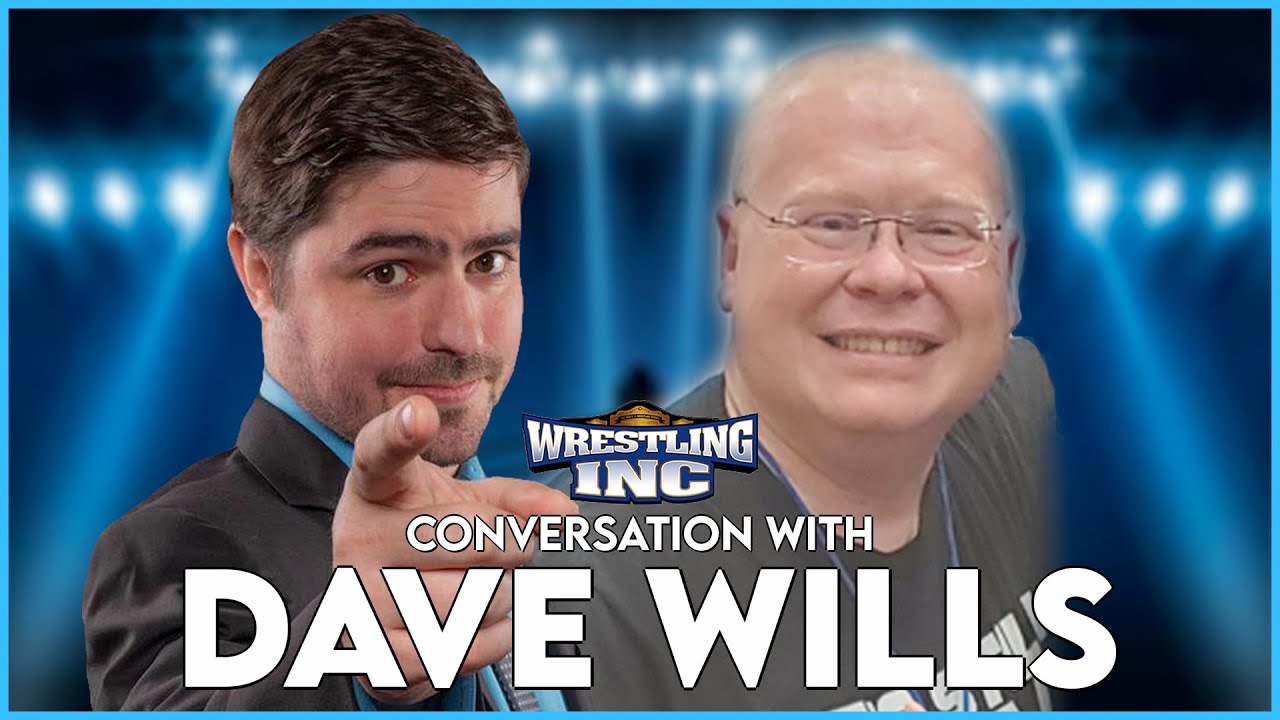 On today’s episode of The Wrestling Inc. Daily, Wrestling Inc. Managing Editor Nick Hausman sat down with Dave Wills. Wills is famously known for becoming a meme after crying out “it’s still real to me dammit” during a Q&A at a fanfest years ago. The meme is still passed around and said, sometimes with many fans not knowing the true origin of it. Wills discussed if he’s surprised by the longevity the meme has had.

“Yes and no. With the internet, anything you put in there never goes away,” Wills pointed out. “That’s why you see people getting called for tweets from 15 years ago, 10 years ago. You see people get busted on Facebook for whatever they used to say. Pretty much everybody’s a troll and people love to see people get brought down. They also want a comeback story too. Am I surprised? Sort of. Sometimes it seems to grow and come back. It’s like the gift that never goes away. At least it’s not a communicable disease or social disease, so that’s good.”

Viral fan moments have continued to resonate with people to this day from “The Undertaker guy” after “The Streak” was broken by Brock Lesnar to AEW referee Aubrey Edwards crying at Bryan Danielson’s WWE retirement and most recently with the crying CM Punk fan. However, sometimes people would want their past viral moments to go away, and Wills was asked if he wishes the moment had never been captured.

“It don’t matter because it already has, and there’s not a whole lot you can do about it,” Wills admitted. “At the time, it’s the way I felt. As a matter of fact, I had no idea what happened. It was Tony Hunter’s tribute to Starrcade back in 2005 in Spartanburg, SC, and I stood up and asked the question. It was an emotional day. I saw Harley Race pulling and pushing the wheelchair. Mick Foley, who I love to death, great guy, used to mow his grass as a matter of fact when he lived in Acworth, a few times.

“Saw him and he was walking a little slow. I got to see Jerry ‘The King’ Lawler. I got to meet the Barbarian, who’s my favorite, for the first time. It was an emotional day to begin with. It was also the week that Eddie Guerrero passed away. Now anybody who watched the RAW show was bawling on Monday anyways. There’s nothing you could do. I mean, his is a classic story, a comeback story. It’s a fall from grace and return, and he’s a guy you want to root for professionally and personally.

“And unfortunately, it wound up being cut short. Everybody was bawling their eyes out because they loved Eddie Guerrero. That also was the week that a wrestler overseas on the tour got pilled up or was sent home because he was in no condition to perform. I’m going in there thinking a lot about substances. I’m thinking a lot about injury. I’m thinking a lot about the deaths in wrestling, regrettably, at the time, and the question comes up and I’m looking to ask a question, but what they were talking about is if you can have one more match with anybody, past or present, deceased or living, who would it be?

“And Jim Cornette and The Midnight Express gave their thing. I think it was something like The Rockers or something, and Terry Funk said, ‘I’d like one more match with Eddie Guerrero.’ The whole place popped. Everybody was feeling Eddie Guerrero, still, as well. He’s a hell of a talent, and I was thinking also about Foley’s interviews in ECW. The man got his ear ripped off in Germany in a match with Vader and got thrown in a trash can. He goes, ‘I didn’t know the German word for formaldehyde.'”

Wills continued as he recalled another line that had a big impact on him. He spoke on all of the emotions and thoughts that had built up to when he finally got the mic, and he recalled what his intentions were when he had a chance to speak.

“Those had a big impact on me then, as well back in ’96 when he was doing them, and one of the other lines he made was, ‘How many of y’all have called Dynamite Kid up and thanked him for all the dives and bumps he did to concrete, especially now that he doesn’t have a pot to piss in or a window to throw it out of?’ And I’m like, man. I was just thinking about this stuff and thinking about how I met my fav. I met Barb.

“I got to see all this other stuff. I met Tom Prichard so many other folks, and I’m thinking, I just want to thank the guys. ‘Thank you so much for all you’ve done. Your sacrifice, which is your body,’ and that’s what I wanted to do. It sounded great. Execution left a little bit the be desired. It came up to where [Wills mimics his crying tone].

“I don’t want to see another death in wrestling, and at the time, that was still going on a lot. Thankfully, that slowed down. Hopefully, it doesn’t speed up later with a lot of these extra bumps. Hopefully, we won’t see a return of usage of painkillers and stuff like that, but at least it slowed down for a little bit. I want to see everybody live till they’re too old to die young. Like I said, execution was flawed. The heart was pure, and the idea was gold.”