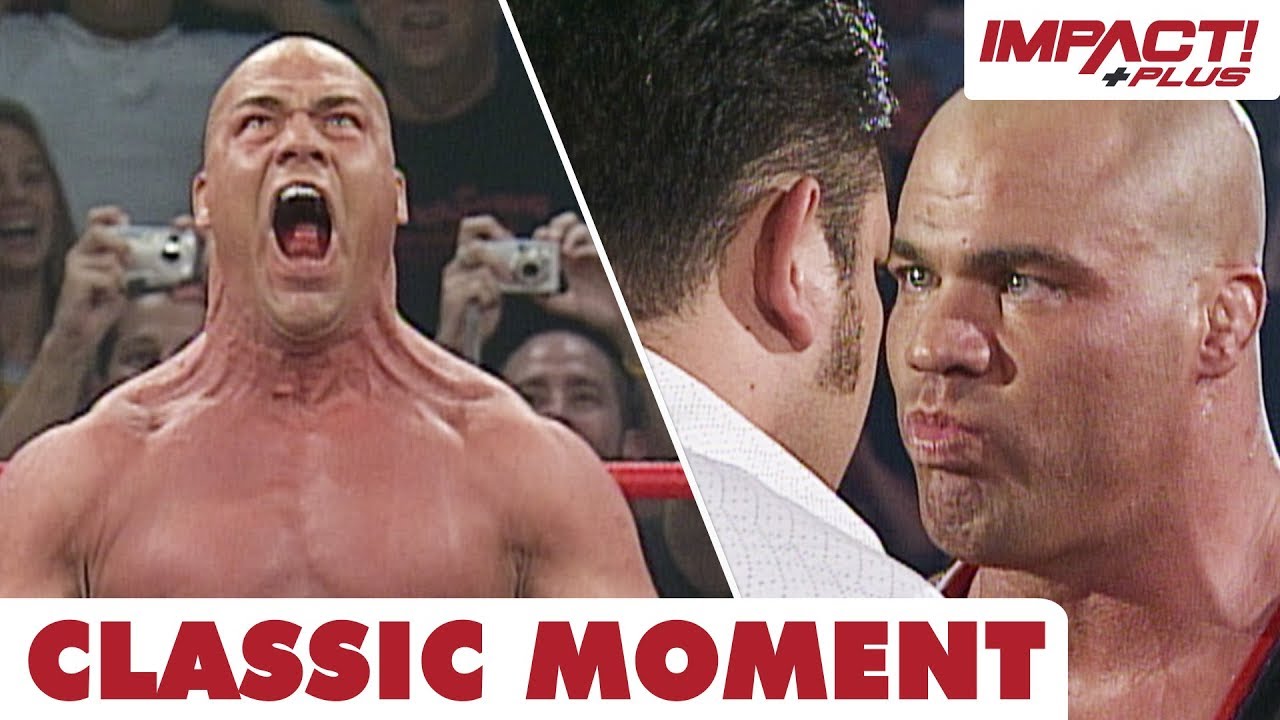 In 2006, TNA wrestling took a gigantic step in the direction of becoming a legitimate second to WWE after they announced the signing of Kurt Angle. The former Olympic Gold Medalist spoke about the issues he had in WWE leading to his release in 2006 on an episode of his podcast.

On the latest episode of the My World Podcast with Jeff Jarrett, the Founder of TNA talked about the signing of Kurt Angle in 2006 coming off six years with the WWE. The 54-year-old spoke about how shocked he was to see Angle as a free agent and get a chance to bring him into TNA.

“I was shocked, I really didn’t believe it,” Jarrett said. “I just said there’s got to be a lot more to this story. From 2000-2005, he was in so many ways a big part of the transition to PG. Oh, by the way, he’s got incredible timing and he just checked every box. Me knowing Vince and the machine of the WWE, I just said there’s more to this, I don’t buy it.”

Jarrett continued to talk about Angles signing with the company and how much money they paid him. The Founder of TNA recalled a memorable call with Dixie Carter’s father about signing Angle where Jarrett said he made it clear to Bob Carter that they needed to get Angle on a long term deal so he wouldn’t leave for WWE.

“Positive,” Jarrett said, referencing Angle as the highest paid TNA talent. “We were only running 26 tapings every other week. Sting didn’t have a boat load of dates. Kurt’s in ring ability, he just knew what to do and all of the above. I’ll never forget the restaurant [by my house] by the lake. I was there, a bunch of families were there, and Bob [Carter] wanted to talk to me about this situation, and I missed the entire dinner out in the parking lot on the cellphone with Bob Carter.

“Bob had such an interest in asking me question after question, basically the same type question but Bob had on his investor cap and let’s think this thing through. I said ‘Bob, my biggest concern out of all of this is that we do a two year deal and he goes back [to WWE]. We may be worse off than where we are today.’ That resonated with Bob, he was like, I hear you and I understand that. That’s why the original deal was for five years. We were really starting to hit on all cylinders in a lot of ways. I’m excited just even talking about it today because it would be a really nice step in the direction we needed to be in.”

“Every card was on the table in so many different ways,” Jarrett said. “I had experience working 20 days a month or whatever it may be. Our schedule at this time was a fixed location in Orlando, much easier. We addressed all of those concerns to the best of our abilities long before the contract was signed.”