Dominik Mysterio Reveals WWE RAW Moment Was A Surprise To Him 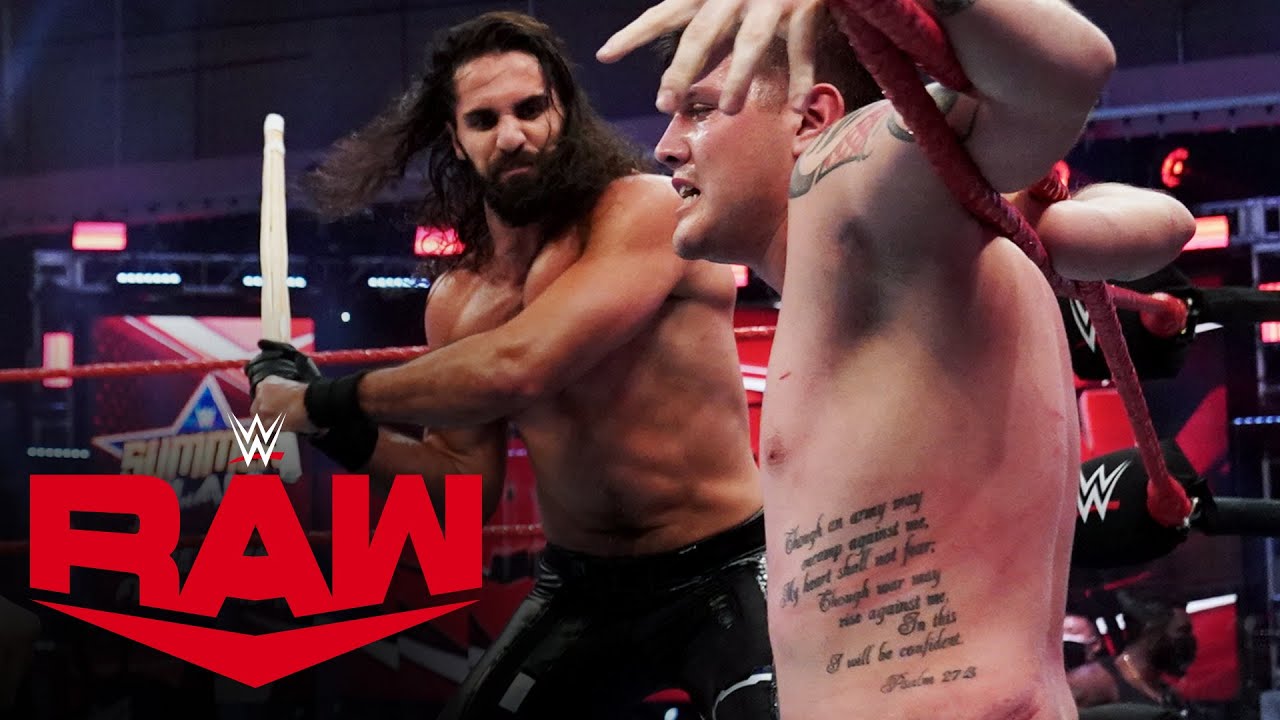 At the age of 24 years old, Dominik Mysterio has been wrestling in the WWE for over a year and has shared the ring with some of the greatest of all time.

As a guest on the Out of Character Podcast with Ryan Satin, Dominik Mysterio spoke about making his first appearance in WWE since he was a child in 2019 as a part of a storyline between the Mysterio family and Brock Lesnar during Rey’s pursuit of the WWE Championship. The 24-year-old revealed the initial conversations he had with his father about being involved in WWE as an adult, but that his dad wouldn’t tell him who they’d be working with.

“My dad had told me that we were going to do something with somebody but didn’t mention who, didn’t mention what,” Dominik said. “He just said we were going to do something with somebody. I’m starting to think who we can work with or what’s going to happen, Brock [Lesnar] never came to mind. We were driving to Phoenix, Arizona where I was going to be in the crowd and I was like, ‘Are you going to tell me now who we are wrestling or what’s the deal?’ He goes, ‘You’ll see when we get there.’ We end up getting there and next thing you know, I’m getting tossed around by Brock. So, everything was a surprise for me.”

After being involved in that angle with his father, Dominik was brought into the WWE as a wrestler the following year to help his father against Seth Rollins and Buddy Murphy. The 24-year-old revealed how much Rollins helped his career on WWE The Bump, crediting Rollins as one of the best to ever do it. Dominik spoke about being asked to wrestle Seth Rollins at SummerSlam and why he thought his dad was joking with him.

“I thought it was a joke,” Dominik said. “I thought everyone was kidding because my dad actually called me and was like ‘Hey, what do you think about wrestling Seth [Rollins] at SummerSlam?’ I was like [sarcastically] ‘Ya okay, sure I’ll wrestle Seth at SummerSlam.’ This is Seth Rollins, he’s been on a roll ever since he started with Triple H, cashing in [at WrestleMania], being with The Shield and just everything he’s done has been top notch. I can not say enough nice things about him and all his accomplishments, so I was like, there’s no way.

“Then my dad was like, ‘Would you be willing to do it?’ I was like, ‘Yeah, I’ll do it,’ again thinking this was all a joke. Afterwards, I realized they were serious and I was like, okay, time to get to work. We jumped back in the ring and did whatever was necessary to prepare for that first match. My dad told me, ‘If you’re not ready, we’ll push this back.’ At this point, I had already been training for two and half years, so it’s like, when will I get this opportunity again? I jumped on it right away.”

During the feud between the Mysterio Family and Seth/Murphy, Dominik was caught in the ring by Rollins who beat him down brutally with several vicious kendo stick shots. The former SmackDown Tag Team Champion spoke about what that felt like having never taken shots like that in his career, and mentioned how he still has scars from that day on his chest. Dominik also talked about whether or not he had that moment in the ring to prove that he was paying his dues to the rest of the talent in the locker room.

“Yes and no, I knew that what goes around comes around at the end of the day,” Dominik said. “I had been giving a bunch of kendo shots, I had been building it up and building it up so I knew eventually it was going to come back around to me. Looking back at it now, that’s one of the things that I feel like I could’ve lasted just a little bit longer tied up in those ropes. At the end of the day, it was what they wanted and it looked brutal.

“I still have the scars on my chest. I still have lines from the kendo’s from the cuts, but honestly, everyone was really surprised, even the WWE doctors because I showed up the next week and it was gone. It was scabbing, but overall, the hits and everything, my body was clean. They were like, ‘That’s not normal, what are you eating kid?’ I was like, ‘In-n-Out Burger.’ I think that the worst part was that day and the day afterwards.

“The next three days after that, my body was in complete shock. I remember I woke up in the middle of the night, I was shaking with a fever because my body was just in so much pain. And then on the flight home from Florida, I remember sitting there, and every time I would move, my back would re-open up and there’s blood on my shirt. It was uncomfortable, but at the end of the day, just the props that I got from backstage from the crew and the guys that meant the world to me and I would do that any day of the week.”

Dominik also revealed that during his fathers feud with Brock Lesnar, he hit his first ever Frog Splash on the former UFC Champion which also happened to be his first time ever jumping off the top rope.

“My first Frog Splash was on Brock,” Dominik said. “Again, why would my first Frog Splash be on Brock? Not to mention that was my first time ever jumping off the top rope too. A lot of things that I’ve done have been my first time out in the ring just overall. Seth would definitely be on the top of my list [for favorite person to hit the Frog Splash on], and right after that, I would put Robert Roode in there because I pinned him to get the title too.”

If you use any of the quotes in this article, please credit Out of Character with Ryan Satin with a h/t to Wrestling Inc. for the transcription.