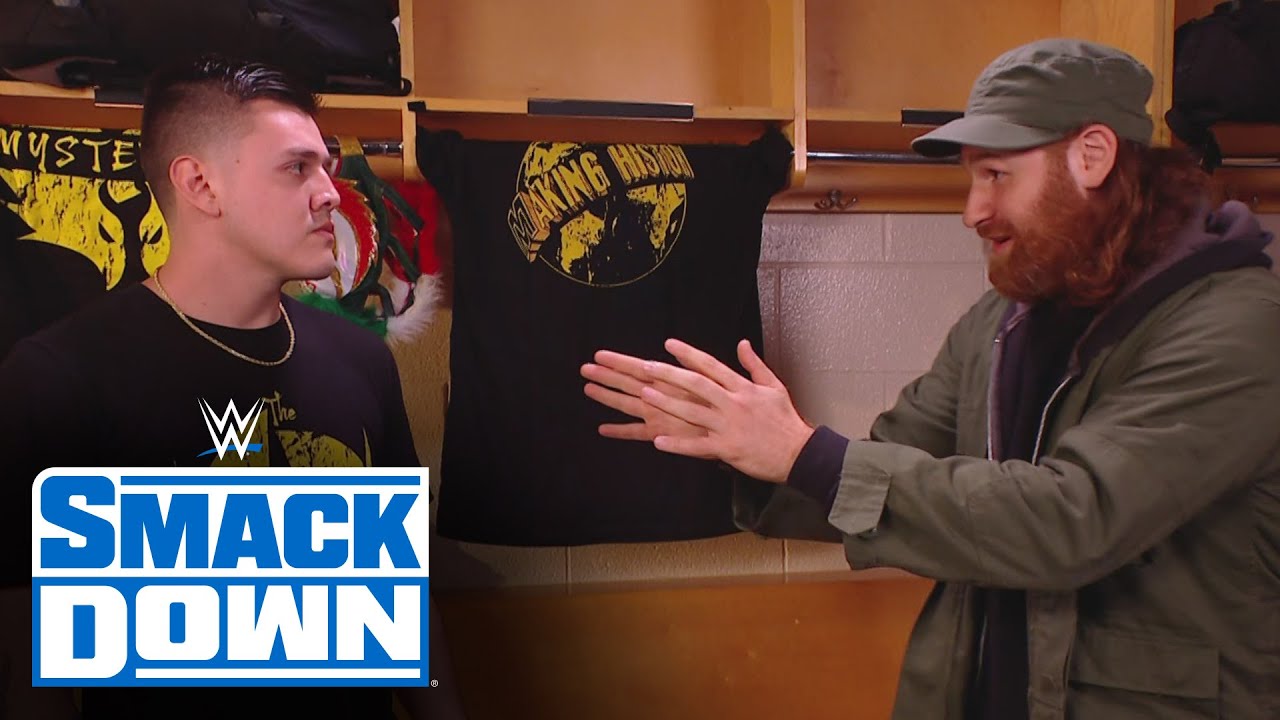 After a victorious fight with Rey Mysterio last night in the opening round match of the King of the Ring Tournament, Sami Zayn is determined to cement his legacy in this prestigious tourney.

Today, on Talking Smack, backstage interviewer Megan Morant caught up with “The Underdog from the Underground.” Morat began by asking Zayn, “What would a King Sami look like?”

“King Sami, I love hearing the words,” Zayn stated gleefully. “It has a certain storybook quality to it, doesn’t it? Somebody overcoming all the obstacles. Somebody who’s been constantly oppressed and held down and cast aside to every opportunity. Drafted dead last in this year’s draft, mind you. Somebody overcoming everything being put in their way and rising to power as King Sami. Let me address what I’m sure you’re afraid of: I will be a benevolent ruler.”

Carrying on, Zayn tantalized the thought of making Dominik Mysterio part of his royal party. For weeks, Zayn has been living in both Dominik and Rey Mysterio’s heads, rent-free. If there’s any time for him to capitalize on the mind games, it’s now.

“I am so benevolent that maybe, I’ll even anoint a prince. Prince Dominik Mysterio,” Zayn teased. “We already know his father Rey has no chance of being king anymore because I beat him. But Dominik still has a chance at being royalty.

“So the first thing I’ll do as king is I’ll free him from his authoritarian ruler, from his tyrant, his father. I will set him free as King Sami.”

Next week, on the supersized edition of Friday Night SmackDown, Zayn will face Finn Balor in the semifinals of the King of the Ring Tournament. The winner of that respective bout will head to Crown Jewel to face the winner of the semis from the Monday Night RAW bracket.

You can check out Sami Zayn’s full interview on Peacock and the WWE Network. If you use any quotes from this article, please credit WWE Talking Smack and give a h/t to Wrestling Inc. for the transcription.