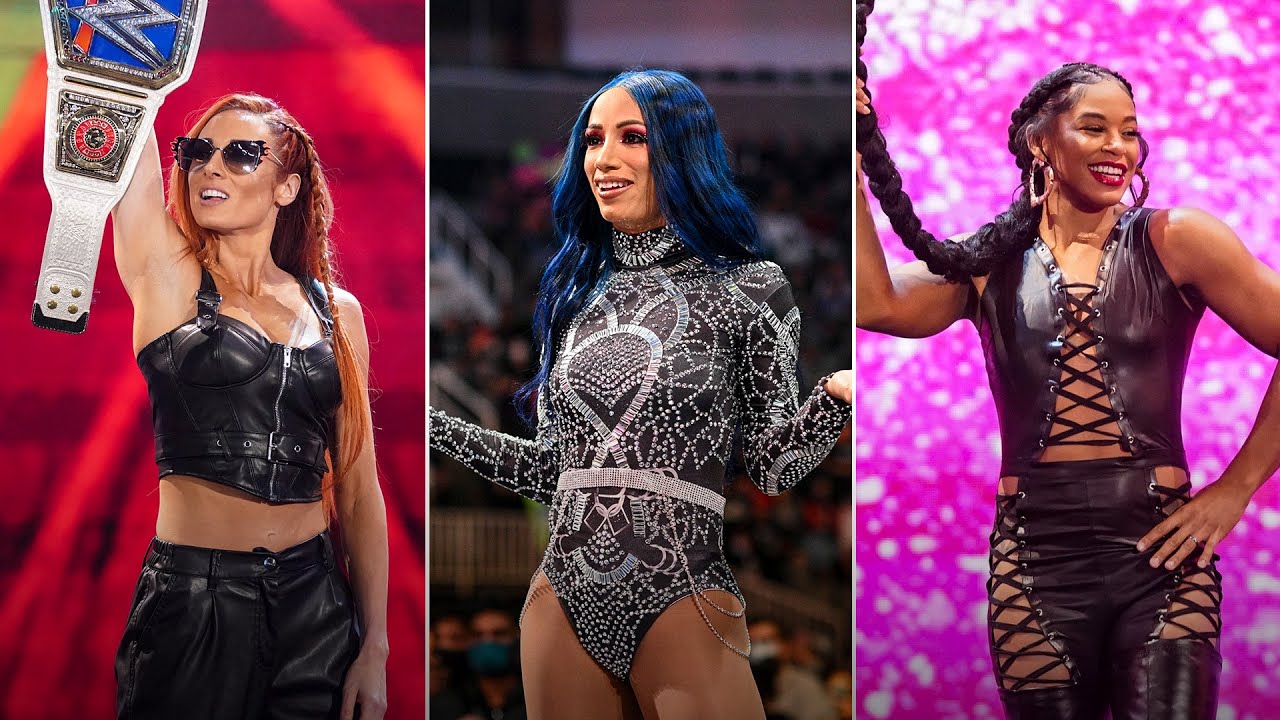 All eyes will be on the triple threat match between SmackDown Women’s Champion Becky Lynch, Bianca Belair and Sasha Banks tomorrow at WWE Crown Jewel. With so much riding on this moment, Banks is confident she’ll bring the blue title home and reclaim the power she once exerted as the face of SmackDown.

“Becky Lynch, Bianca Belair, they’re Raw talent, now. They shouldn’t have the SmackDown Women’s Championship over there. So, I plan on taking that baby home, right where it belongs.”

Banks assumes a two-time reign with the SmackDown Women’s Championship will solidify her decorative career here in WWE, not to mention her seventh singles title since joining the main roster. But when looking back at her absence at SummerSlam and having Lynch fill in for her, she doesn’t believe Lynch obtained an unfair advantage of winning the title over Belair.

“I think Becky is at the top of her game. She is a mother now and is super smart. She beat Bianca in 26-seconds. That sounds like a worthy champion to me,” Banks commented. “But The Boss is back, and The Boss is better than ever, and I plan on being the SmackDown Women’s Champion.”

Whether in NXT or the main roster, Banks said despite them heading to different brands post-Crown Jewel, Lynch will forever be her tooth-and-nail competitor in this sport, regardless of their time together as The Four Horsewomen.

“I feel like it comes from all of our years being in NXT together. We grew up in this WWE business together. We’ve come so far, and I think when we step in the ring, we’re so competitive that we don’t want to miss a beat. We want to be the best,” Banks reflected on her and Lynch’s incredible in-ring chemistry over the years. “We want to go out there and have people chanting and saying our match was great for the rest of the time. She’s one of my favorites to be in the ring with. She’s just incredible.”

You can watch Sasha Banks’ full interview below. If you use any of the quotes in this article, please credit WWE’s The Bump with a h/t to Wrestling Inc. for the transcription.