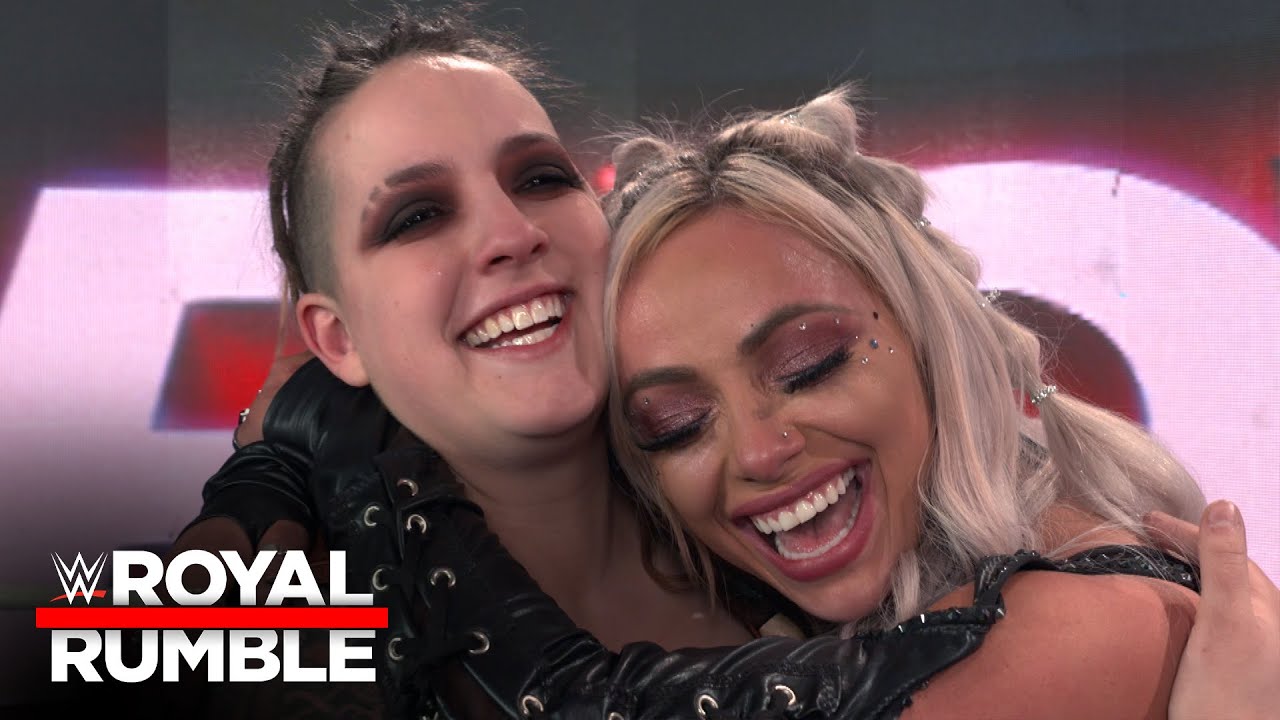 AEW star Ruby Soho, fka Ruby Riott, was evidently thrilled to see her former stablemates in the ring together, as she tweeted their Rumble entry numbers (6 & 25) along with a heart emoji.

Later, Logan caught up with Megan Morgant backstage. As seen below, Morgan interrupted the interview and embraced Logan for an emotional hug.

“I was just so happy to see her,” a teary-eyed Morgan said. “I’ve been by myself, and trying to do my thing, but I miss my friend so much. To hear her music, and to see her come out, I love that moment more than anything I’ve done all year.”

The Bella Twins eliminated both Logan and Morgan from the Rumble, possibly setting up a future match. You can click here to see the full list of 30 entrants and eliminations from the Women’s Royal Rumble Match.