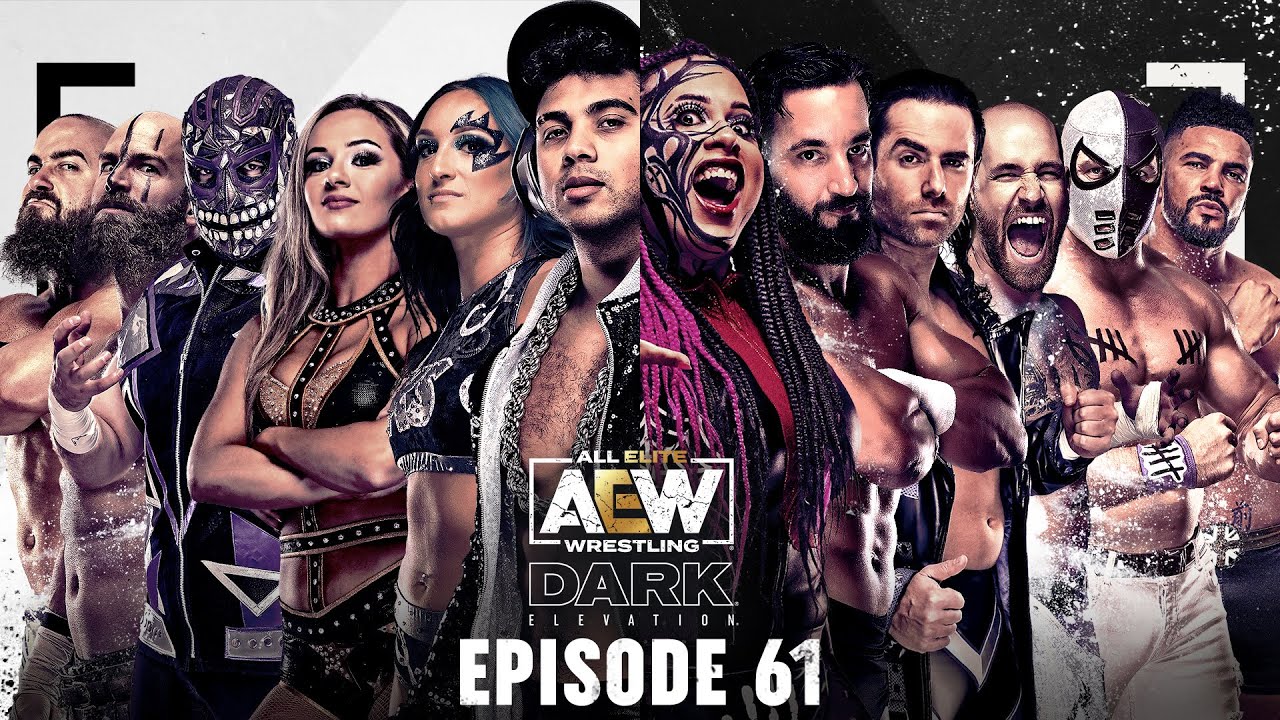 Welcome to our WrestlingINC.com Live AEW Dark Elevation Viewing Party! Don’t forget to share our Viewing Party with your friends on social media and be sure to chime in with your thoughts in the comments section below.

Here is what happened on the show tonight:

The show opens with Mark Henry and Paul Wight greeting us.

Julia Hart enters, with her opponent Abby Jane already waiting in the ring.

The bell rings and Hart gives Jane a kick to the middle. Jane goes for the roll up but Hart kicks out quickly. Hart throws Jane to the floor before hitting a standing moonsault.

Hart gives Jane a couple chops to the chest in the corner of the ring, then gives her a forearm. Jane gets in a little offence before Hart  hits an elbow to the throat

Hart hits a split leg bulldog and pins Jane for the win.

We then go to a short commercial break. After the break, Anthony Ogogo enters the ring with his opponent Goldy already inside.

Ogogo and Goldy lock up. Ogogo puts Goldy in a side headlock before transiting into a full takeover. Ogogo hits the ropes and gives Goldy a shoulder tackle. Ogogo bodyslams Goldy as the crowd boos Ogogo.

Ogogo unwraps his hand wraps and goes bare knuckle  He throws Goldy up into the air before punching him in the side of the face. Aubrey Edwards calls for the bell and Ogogo is declared the winner. He drapes the Union Jack flag over Goldy as he lays there lifeless in the ring.

After another short break, Konosuke Takeshita enters the ring with Rhett Titus already waiting inside.

The bell rings and the two shake hands. They proceed to lock up before Titus drags Takeshita to the mat. Takeshita tries to put a headlock scissor onto Titus but does not succeed.

The two men exchange forearms before Takeshita gets the upper hand. Titus hits a body slam and goes for the pin but Takeshita kicks out. Takeshita hits a German suplex, then a running high knee for the win. The two shake hands after the match.

Tony Nese comes to the ring with “Smart” Mark Sterling. Cheeseburger is already inside waiting. When Justin Roberts introduces Cheeseburger, he gets a pop.

The crowd starts cheering Cheeseburger’s name as the pair lock up. Nese flexes before giving Cheeseburger a kick to the midsection. Cheeseburger jumps over Nese before going in between his legs to psych him out.

Cheeseburger locks in a submission, then Nese breaks out of it. Nese delivers a Hangman off the ropes to Cheeseburger as the crowd continues to cheer Cheeseburger and boo Nese.

Nese gives Cheeseburger a European uppercut in the corner, then hits a knee as Cheeseburger hangs from the top rope. Nese delivers a slam into his knee, then goes for the pin but Cheeseburger kicks out.

Cheeseburger delivers a couple elbows to the face and hits a sling blade off the ropes. Cheeseburger hits the Cheeseburger Slap before attempting a pin. Nese kicks out.

Nese hits a spinning back kick, then goes for another knee in the corner. Nese pins Cheeseburger for the win.

Willow Nightingale comes to the ring with Gia Scott already waiting inside. The bell rings and the pair lock up. Scott throws Nightingale into the corner, but Nightingale cartwheels out. Nightingale slams Scott to the mat before hitting a lariat.

Zack Clayton comes down to the ring to a relative pop and enters the ring. Max Caster comes out with Anthony Bowens and takes a couple digs at Clayton.

The bell rings and the pair lock up. Clayton knocks Caster to the mat, then mocks the Acclaimed by throwing up their hand gesture. Caster drops kicks him, then attempts a pin fall but is unsuccessful.

Caster hits a headlock takeover, then kicks Clayton in the midsection. Clayton reverses and then Caster hits him with a shoulder tackle. Caster tosses Clayton to the mat as Bowens cheers on from ringside,

Caster hits the Mic Drop from the top rope for the win.

Nyla Rose and Emi Sakura come to the ring with Vicki Guerrero. Anna Jay comes to the ring next followed by Kris Statlander as they both get pops. It should be noted that The Dark Order is nowhere to be found at ringside.

Statlander hits a reverse elbow on Sakura before Sakura sends her off the ropes. She then drop kicks her before tagging in Rose.

Statlander gets in a couple offensive moves before Rose hits two standing suplexes. She tries to pin Statlander but is unsuccessful.

Vickie Guerrero grabs Jay’s ankle when she goes for a move off the ropes. Sakura kicks her in the head before Rose slams into her back and knocks her down. Jay is sent into the corner as Rose goes for the lariat. She attempts the pin but is unsuccessful.

Sakura is tagged in. Rose goes for the back breaker and Sakura hits an elbow. She attempts a pin fall but is unsuccessful. Sakura hits the crossbody on Jay as she stands in the corner.

Jay hits a kick, then manages to make it to her side of the ring to tag in Statlander. Statlander kicks Rose as she stands on the ring apron and then hits a standing back breaker on Sakura. Statlander hits Rose again, then power slams Sakura.

Jay calls Statlander to come tag her in but before she can, Rose pulls Jay off the ring apron. Sakura hits the swing through face plant. Rose hits a somersault flip off the top rope with the assistance of Sakura. Sakura pins Statlander, but Jay breaks up the pin.

Rose attempts to chokeslams Jay, but Jay counters out of it. Sakura comes over to assist Rose and the pair attempt to hit a move on Jay. Before they can, Jay counters into a double DDT.

Jay jumps on Rose’s back, but the pair tumble out of the ring through the middle rope. Statlander hits a boot on Sakura, then hits the Night Fever for the win.

Stu Grayson and Anthony Bennett start off the match. Grayson shoulder tackles Bennett without hesitation twice. He holds Bennett up for an overhead press before the other five men from his team enter into the ring to save him. The rest of Dark Order enters the rings and they all start brawling with each other.

Each member of the Dark Order holds up a member from the opposing team on their shoulders and then power slams them all at the same time. They do their gesture.

Evil Uno and Alex Reynolds hit a kick to the midsection through the middle rope to Bennett and Jalen Valo who are standing on the outside. Grayson and Alan Angels hit two double dives to Bennett and Valo. 10 throws Kori Meshaw over the top rope and onto other members of his team. John Silvers kicks Valo in the corner and Reynolds hits a forearm. Silvers drop kicks him, then Reynolds hits a Stunner. Silvers hits a German suplex on him and 10 hits him with a Spinebuster. Grayson and Evil Uno hit their finisher on Bennett, then Angels hits the frog splash on him for the win.

Watch the full episode of AEW Dark Elevation below: