Released WWE Star Claims Drake Wants To Work With Them

On Tuesday, Boudreaux took to Twitter to share a screengrab of a direct message from Angelo “Gelo” Ferraro, a member of Drake’s entourage. As per their conversation, Drake wishes to meet Boudreaux and use him for one of his shows/concerts.

Boudreaux has since deleted the tweet, a screengrab of which can be seen below.

Boudreaux was among the 10 NXT talents released by WWE last month. Since his release, Boudreaux has stated that he plans on using his real name on the indies and grow out his hair again. He had shaved his head to portray the character of Harland on NXT 2.0.

In the aftermath of his WWE release, a report noted that NXT coaches and officials felt like Boudreaux had not progressed in the ring quite enough to their liking. There was a lot of hype around Boudreaux signing with WWE last year, with Paul Heyman and others comparing him to a young Brock Lesnar. 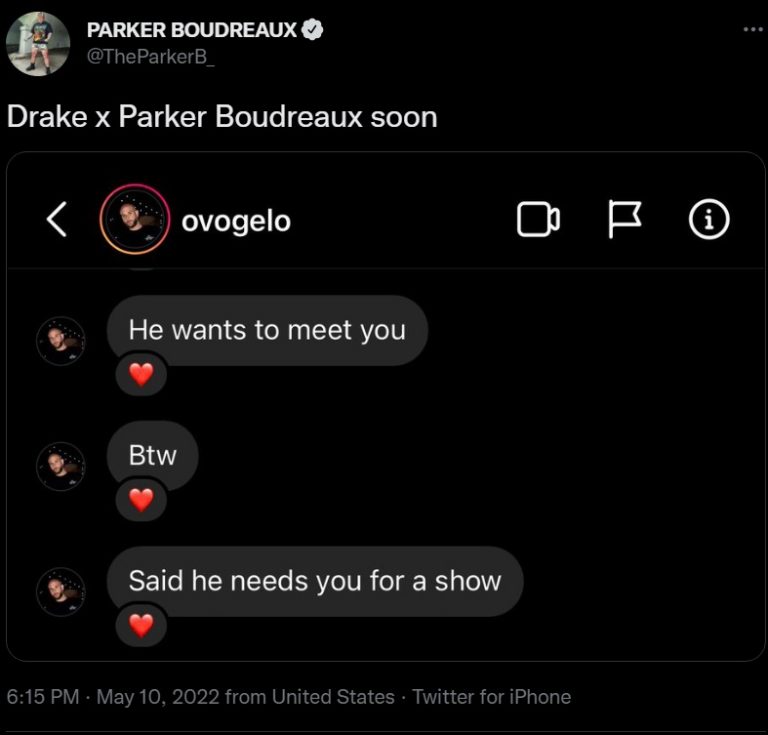