- As seen below, WWE Shop has released a new "Greatest Mask of All-Time" t-shirt for Rey Mysterio, who will make his return to the company at SmackDown 1000 tomorrow. These new shirts go along with the recent "G.M.O.A.T." trademarks that Rey filed for. 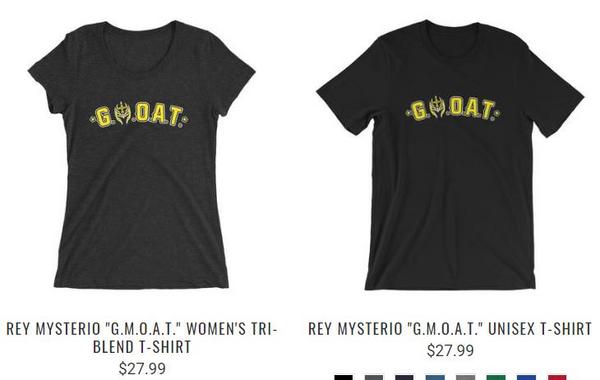