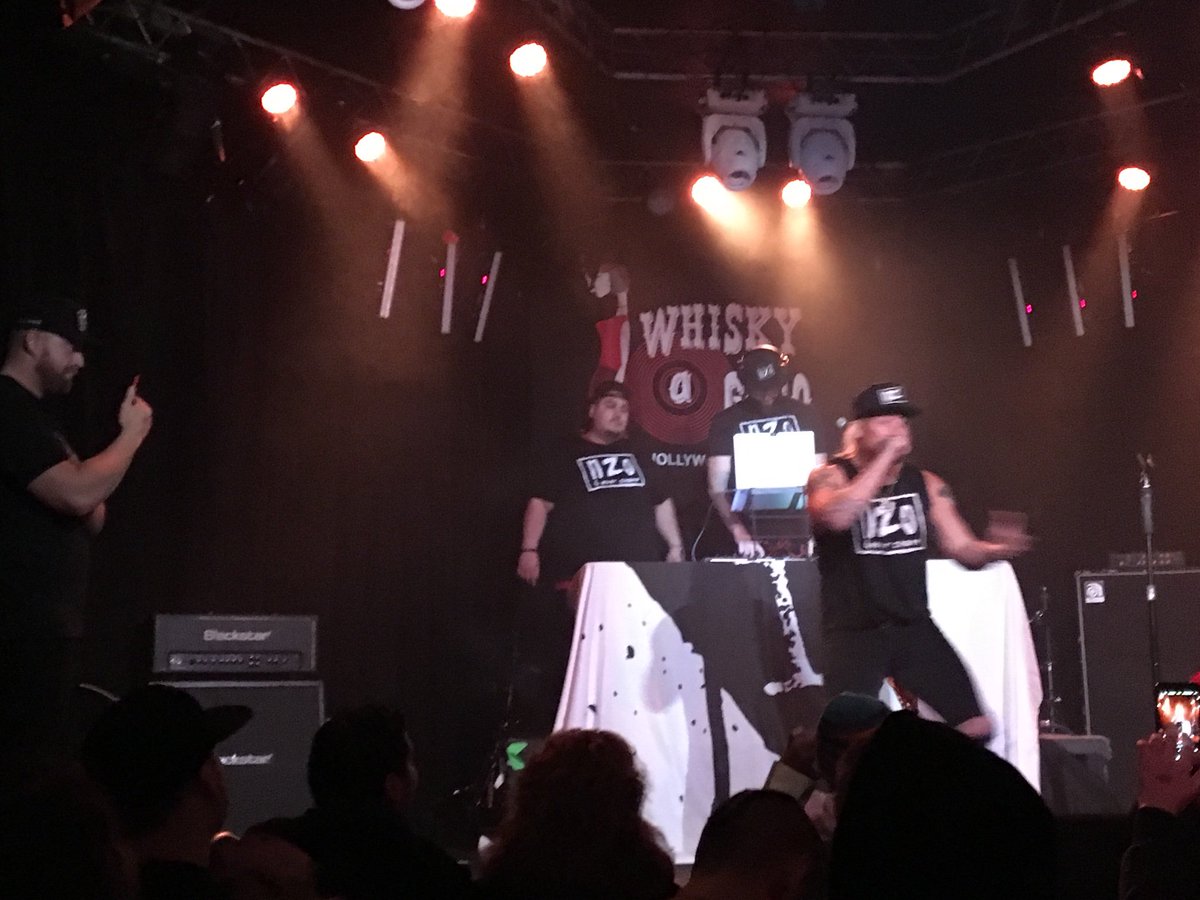 As noted, Enzo Amore performed his rap concert at Whisky a Go Go in Los Angeles last night. Twitter user @RiversLangley posted the videos below from the concert, which included Enzo channeling his wrestling days by throwing some fans around onstage and delivering a superkick:

The attendance was pretty poor, as seen at the end of the video below. Whisky a Go Go has a capacity of 500, and the concert was estimated to have drawn around 80 fans.

In the videos below, Enzo addressed reports about being kicked out of the WWE locker room. Enzo claimed that he was kicked out because he "was the only motherf--ker who would stand up to bullies and punch somebody in the f--king mouth."

"I'm up against a giant right now, but I'm the only motherf--ker with the balls to go up against that giant and that is a fact," Enzo said. "If you ever heard a story about me getting kicked out of a locker room, that sh-t leaks, that's because I was the only motherf--ker who would stand up to bullies and punch somebody in the f--king mouth, but you guys didn't hear about that! You heard what they leaked, but Enzo is a real one, dawg!"

See Also
Roman Reigns On How He Deals With Wrestlers Like Enzo Amore Having Heat, What He Told CM Punk

Enzo uploaded the video below to his Facebook from his performance: