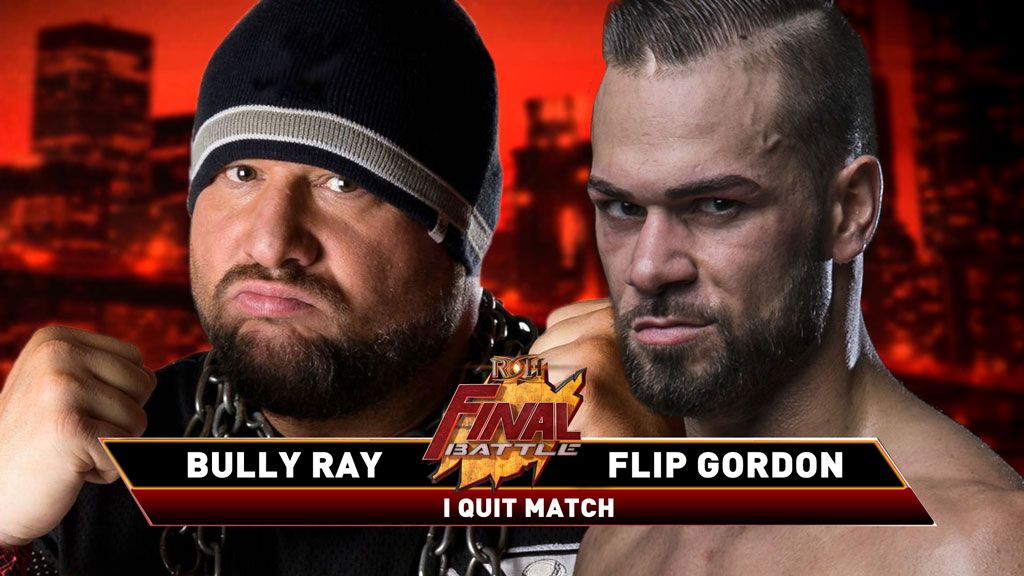 Ring of Honor announced Bully Ray will face Flip Gordon in an "I Quit" Match at Final Battle on December 14 at the Hammerstein Ballroom in New York City.

This is a feud that goes back to April's ROH Supercard of Honor when Gordon came out to the aid of Cheeseburger and drew Bully's attention.

The two wrestlers would meet in June at ROH Best in the World where Gordon would win via DQ after Bully kicked him below the belt. Since then, they've had a tables match and even a "Pick Your Poison" match where Gordon would end up getting caned repeatedly by Bully.