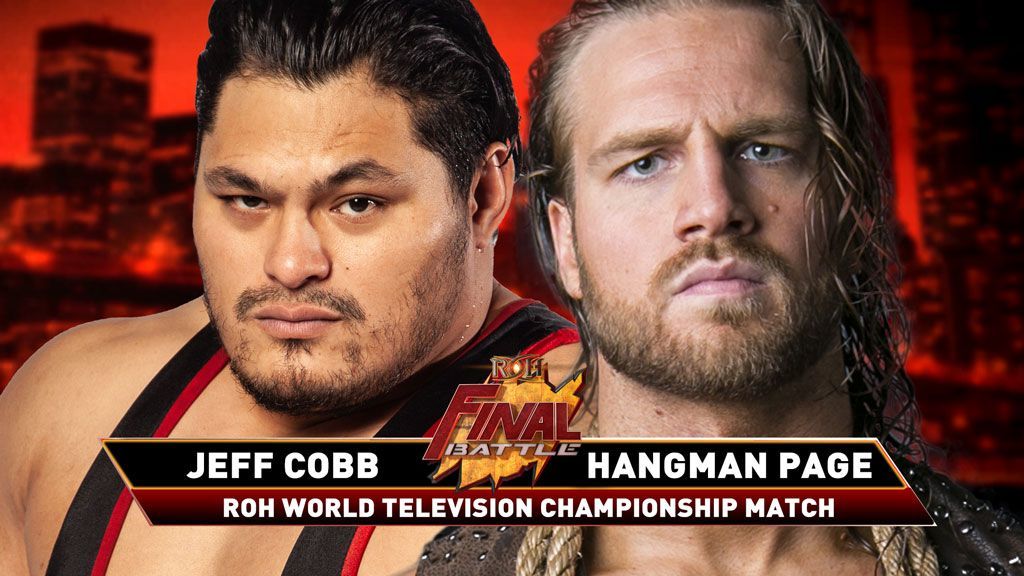 Punishment Martinez previously held the title for 105 days, but Cobb defeated him in September to become the new champion. Cobb made his debut with Ring of Honor back in July at a TV taping.

Page recently confronted Cobb on an episode of ROH TV and made it clear he wanted a shot at a singles' title.