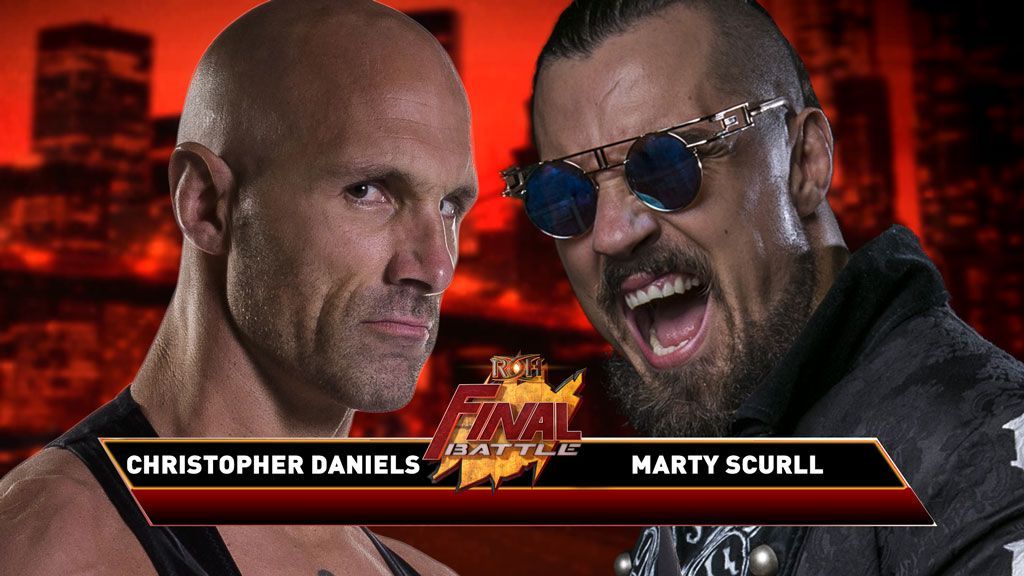 Ring of Honor announced Marty Scurll will face Christopher Daniels at Final Battle on December 14 at the Hammerstein Ballroom in New York City.

Earlier this month, Scurll won the Survival of the Fittest tournament, which gave him a future title shot at the ROH World Champion (currently Jay Lethal). Scurll will have to defend the rights to that title shot in his match against Daniels at the PPV.