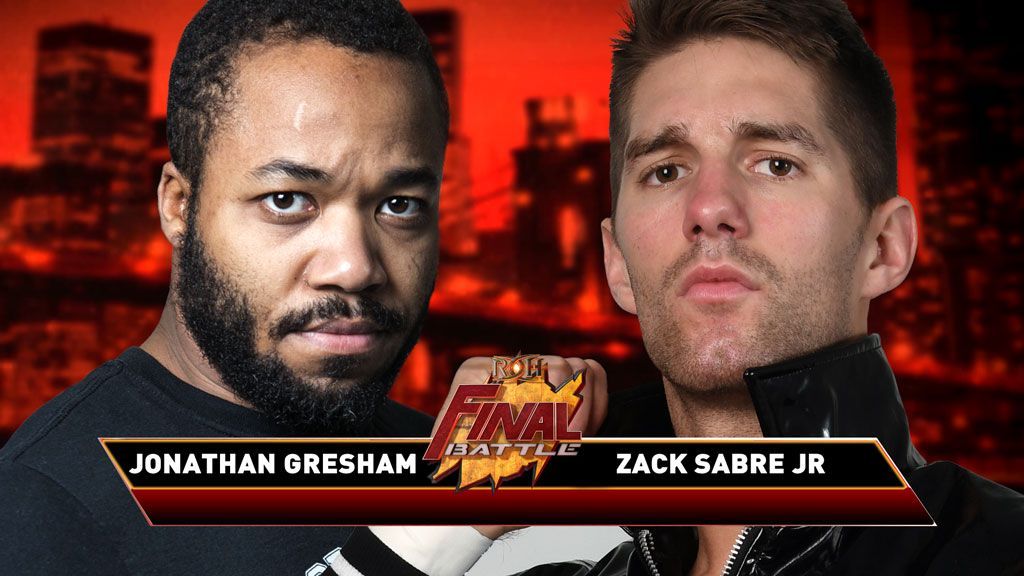 Ring of Honor announced Jonathan Gresham will take on Zack Sabre Jr. at Final Battle on December 14 at the Hammerstein Ballroom in New York City.

At the latest ROH TV tapings, Gresham said he wanted to prove he's the best technical wrestler in the world and offered up an open challenge to anyone around the globe. Sabre Jr. would appear (via video) and accept Gresham's challenge, this will be his debut match with Ring of Honor.