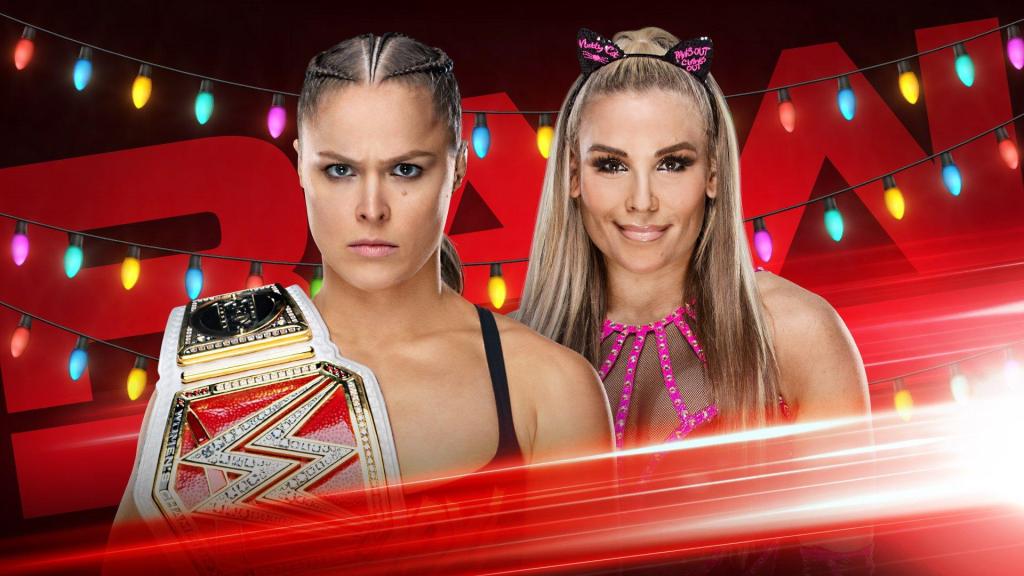 Tonight's Christmas Eve edition of WWE RAW will take place from the Golden 1 Center in Sacramento, California, taped last Monday night. We have full spoilers for the show at this link.

Below is the non-spoiler listing for tonight:

* The Revival vs. RAW Tag Team Champions Bobby Roode & Chad Gable with the titles on the line

* Natalya vs. RAW Women's Champion Ronda Rousey with the title on the line

* Dolph Ziggler vs. Finn Balor vs. Drew McIntyre in a Triple Threat

* Appearances by The Riott Squad, Paul Heyman, and more

* Ronda Rousey and Natalya square off for the Raw Women's Championship

Stick with us throughout the day for various updates and join us tonight at 8pm ET for live coverage.