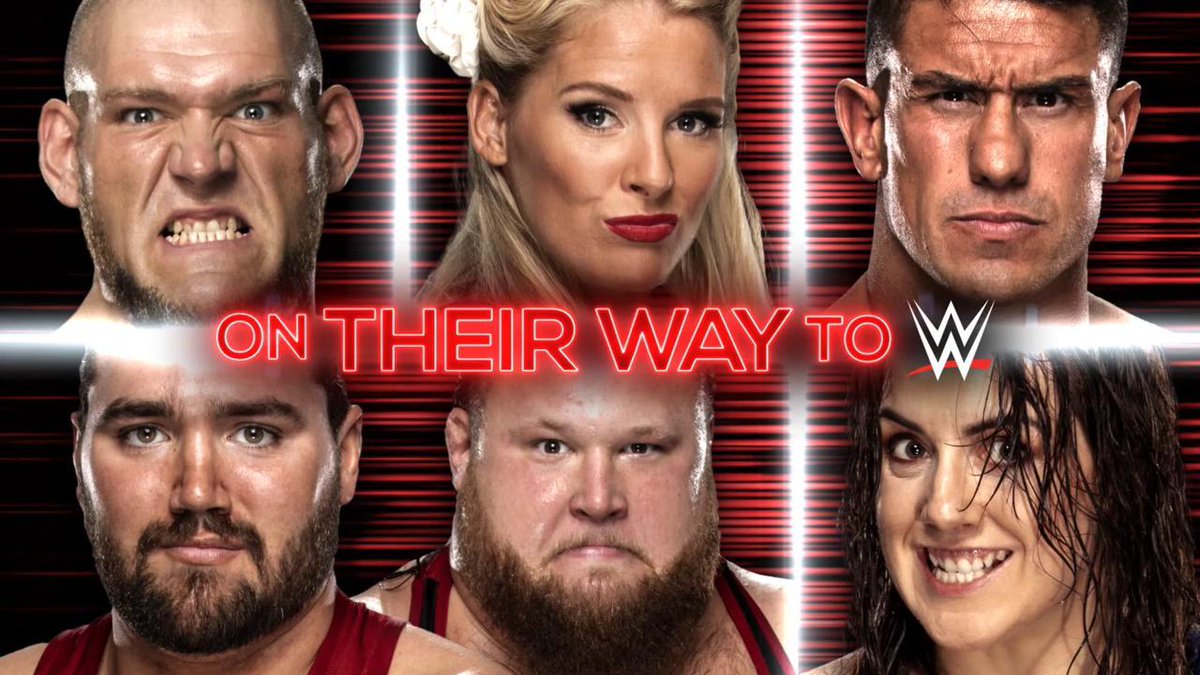 As noted, tonight's WWE RAW opened with Vince McMahon, Shane McMahon, Triple H and Stephanie McMahon promising a "fresh start" for both RAW and SmackDown. They admitted they haven't listened to fans and have "suffocated" the Superstars. You can read our details on the segment at this link.

Part of the "fresh start" includes fresh faces and fresh match-ups, according to Triple H. It was later announced that the following WWE NXT Superstars will be coming to the main roster - Lars Sullivan, EC3, Tucker Knight and Otis Dozovic of Heavy Machinery, Lacey Evans and Nikki Cross.

Below are graphics and a promo for the new call-ups along with tweets from Tucker, Evans, EC3 and Cross:

UP NEXT: Let's take a look at some NEW Superstars that are set to arrive in @WWE very, very soon... #RAW pic.twitter.com/Vj9vUPbTZA

You already know @LarsSWWE is lurking, but THEY are also on their way to @WWE...

.@LarsSWWE isn't the only person coming to @WWE! #RAW pic.twitter.com/xf63dE3bjZ

My brother @WWEDozovic and I have been living the #STEAKSandWEIGHTS life together for 2 and half years. We formed the unit #HeavyMachinery and the goal for us was always #Raw or #SmackDown. The Blue Collar Boys are hungry 'nd we're coming to eat! pic.twitter.com/x5wL67k2YH

Where oh where will Nikki go?! Hehe or haha? Red or blue? Blue or red? Big blue sky or shiny red red gem? To a galaxy or a universe hehehe haha follow the yellow brick road OH MY https://t.co/VcpCut5XIn