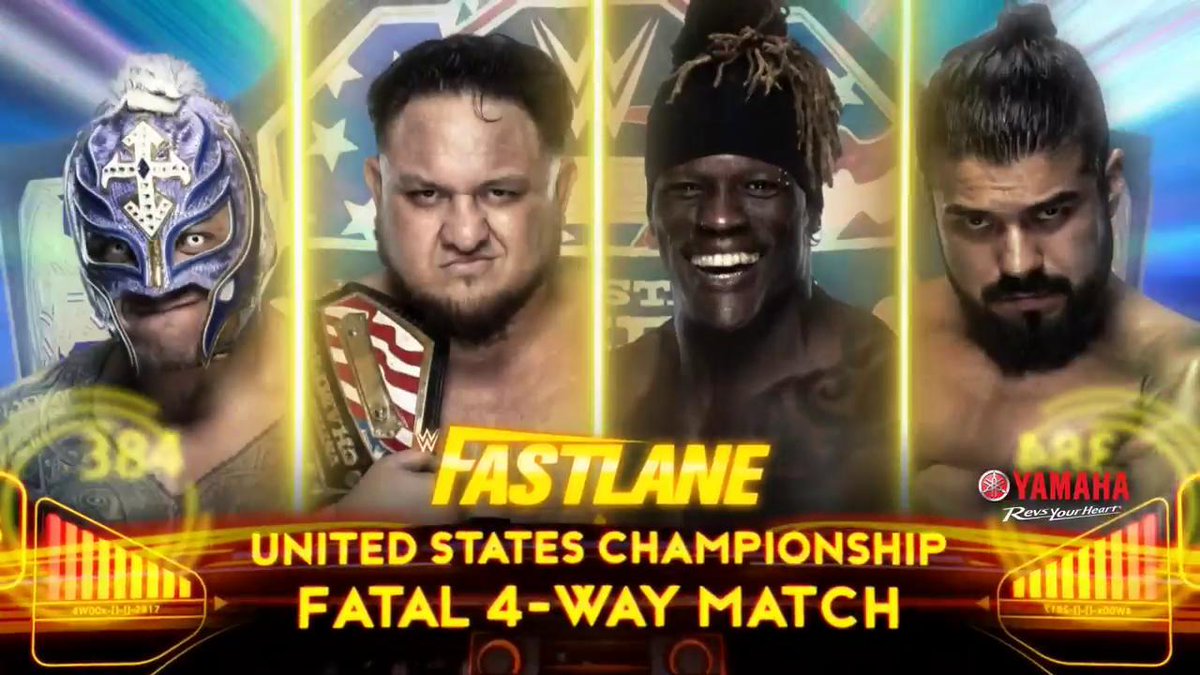 WWE has announced a Fatal 4 Way for the WWE United States Title to take place at tonight's Fastlane pay-per-view.

It will be new WWE United States Champion Samoa Joe defending against Rey Mysterio, Andrade and R-Truth. WWE had previously announced Mysterio vs. Andrade for the Kickoff pre-show.

You can join us for live Fastlane coverage at this link. Below is the current card for tonight:

Triple Threat for the RAW Tag Team Titles
Ricochet and Aleister Black vs. Chad Gable and Bobby Roode vs. The Revival (c)

Becky Lynch vs. Charlotte Flair
If Lynch wins, she's added to the WrestleMania 35 match with Flair and RAW Women's Champion Ronda Rousey to make it a Triple Threat. Lynch is "done" if she loses.

Kickoff Pre-show
The New Day vs. Rusev and Shinsuke Nakamura