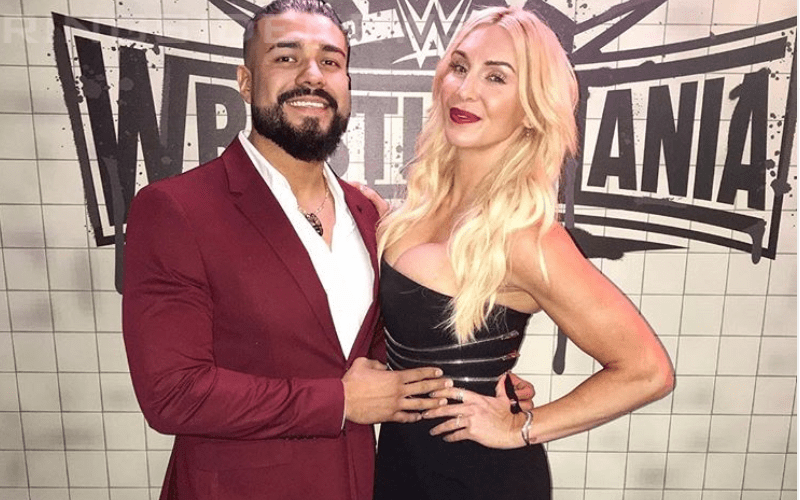 Charlotte Flair has issued a statement to shoot down any speculation on her and Andrade being engaged.

As noted on Tuesday, TMZ reported that things between Flair and Andrade were getting "very serious, very quickly" following their official coming out during WrestleMania 35 weekend. The two have been dating for a while, but just went public earlier this month. TMZ's article pointed to how there has been speculation on the two being engaged because Flair has been wearing a ring on her wedding finger. TMZ added that they have reached out to sources close to the blue brand couple to see if they are engaged, but "no one seems to know for certain. At the very least, no one is outright saying 'no.'"

Flair issued a statement to Pro Wrestling Sheet today to deny the engagement rumors. The statement reads like this:

Don't believe everything you read online. Unless you read that I'm the most decorated women's wrestler ever, because that is fact. [smiley emoji]

No, we are not currently engaged.

As noted, Andrade and manager Zelina Vega were sent back to the SmackDown roster this week and part of the reason for the move was because WWE officials have wanted to keep some of the real-life couples together. There were reportedly people within WWE who were not happy with Flair and Andrade being split up when Andrade was sent to RAW in the Superstar Shakeup last week.