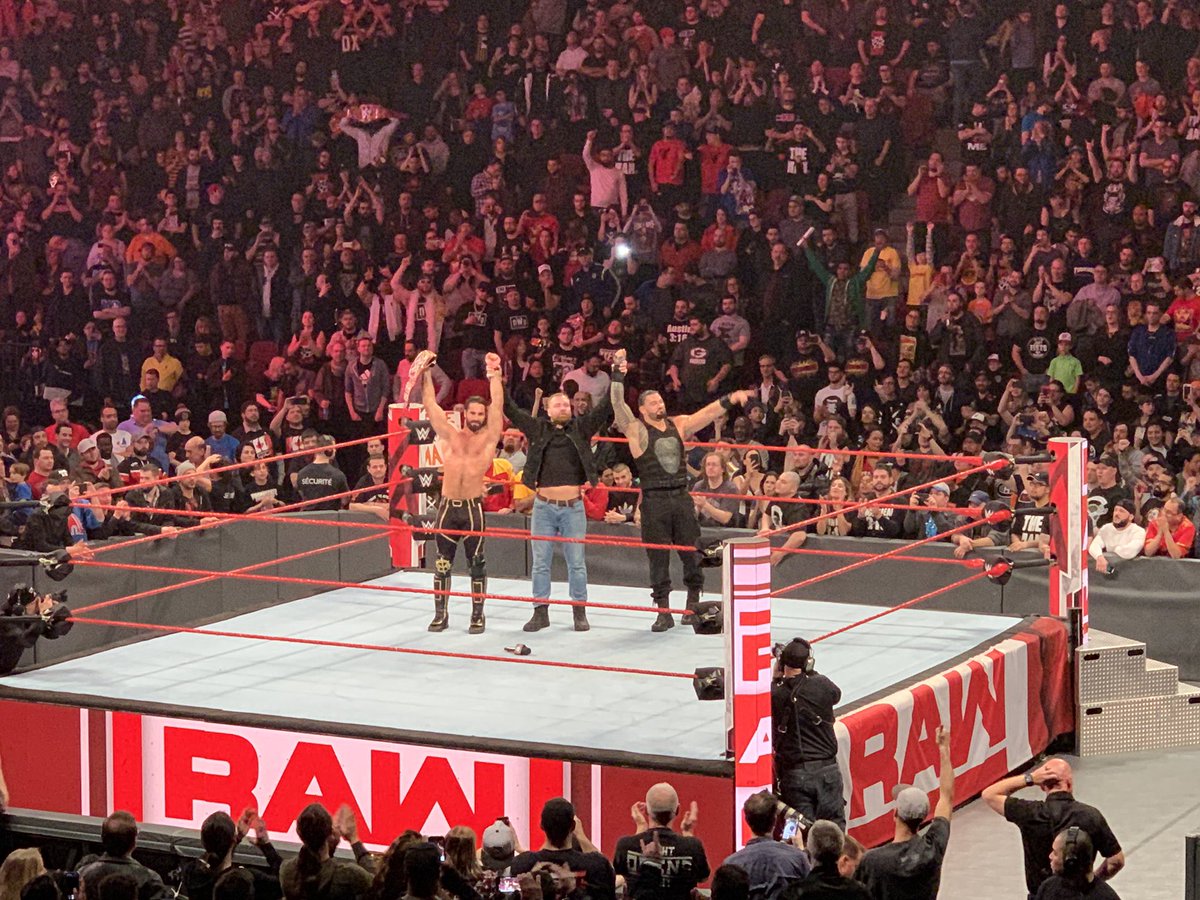 Dean Ambrose made a special appearance at the Bell Centre in Montreal, Quebec, Canada after this week's Superstar Shakeup edition of WWE RAW goes off the air.

As noted, the show ended with AJ Styles, Roman Reigns and WWE Universal Champion Seth Rollins celebrating their main event win over Drew McIntyre, Baron Corbin and Bobby Lashley. Styles left after RAW ended while 2/3 of The Shield took the mic for an in-ring promo. Rollins praised Reigns and then said he wanted to bring someone else out, but that person didn't want to come. That person had no choice because his wife (Renee Young) is Canadian. It turned out to be Ambrose, who came out to a huge pop. Ambrose cut a babyface promo and put over the Canadian crowds, apparently giving his farewell to the country.

Ambrose wrestled Lashley on last week's RAW and that was billed as his final WWE match as he is expected to leave the company soon due to his contract expiring. Last week's post-RAW segment in Brooklyn was also a farewell segment with The Shield. WWE then announced earlier today that Ambrose, Reigns and Rollins will team up one last time at Sunday's live event in Moline, Illinois for a live special called "The Shield's Last Chapter" on the WWE Network.

Below are a few videos and a photo from tonight's post-RAW dark segment in Montreal:

Dean Ambrose came out after Raw to talk to the fans! #SuperstarShakeup #WWE #Shield pic.twitter.com/nocA5JBGck

Ambrose just showed up after Raw went off the air pic.twitter.com/OGlU2g2bJt

SR put over RR and said he wanted to bring somebody else, but that person did''t want to. He told him he had no choice since his wife is Canadian. DA showed up, huge pop, said WWE comes to Canada so often cause of the crowd. He ended with « Merci beaucoup, Montreal » #AfterRaw pic.twitter.com/AF1ivh1YBW

@OfficialHaza3 contributed to this article.