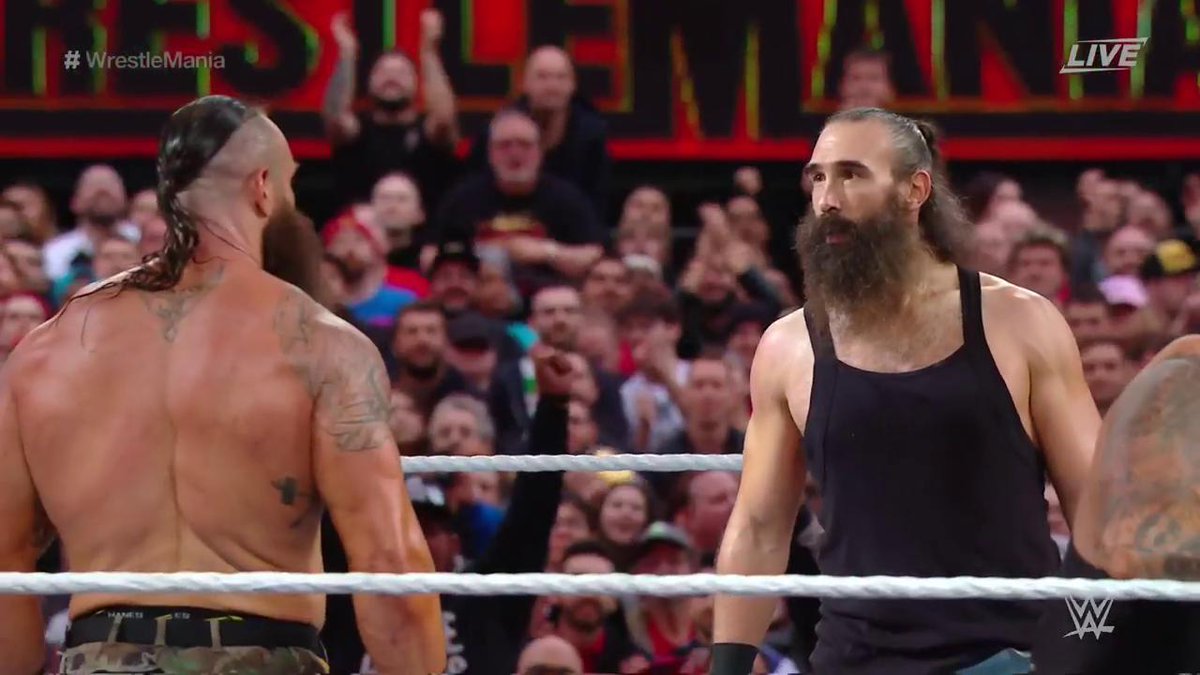 We go to the ring with Tom Phillips, Aiden English and Byron Saxton. The ring is full of Superstars as SNL's Michael Che and Colin Jost make their way out. The Hardy Boys, Matt Hardy and Jeff Hardy, are out next. We go back to the panel to discuss the Battle Royal as The Hardys make their entrances. The ring is now full of Superstars waiting to get started. Braun Strowman makes his way out next to a pop.

Chad Gable with German suplexes on Andrade now. Andrade eliminates Gable. Tucker and Otis double team Konnor and Viktor with a double Caterpillar. Braun runs back in and eliminates two Superstars, then Tucker and Otis. Braun also eliminates Harper and another Superstar in mid-move. Andrade ends up eliminating himself. Jost and Che come from under the ring and tr to eliminate Braun from behind while others are also trying to eliminate him. Braun eliminates Matt and Jeff. Braun stares Che and Jost down now.

Jost says not everything has to end in violence and there are other solutions. Jost says he brought his therapist and wants them to work through this anger. The therapist enters the ring and starts talking to Braun. Braun destroys the guy while warning Jost about what is to come to him. Jost orders Che to attack Braun but he looks terrified also. Braun grabs Che as he tries to climb over the top. Che is eliminated. Jost tries to eliminate Braun and he comes close to it. Braun hangs on and fights back into the ring with a boot. Braun scoops Jost and tosses him over the top rope, onto another group of Superstars on the outside. Braun gets the win.