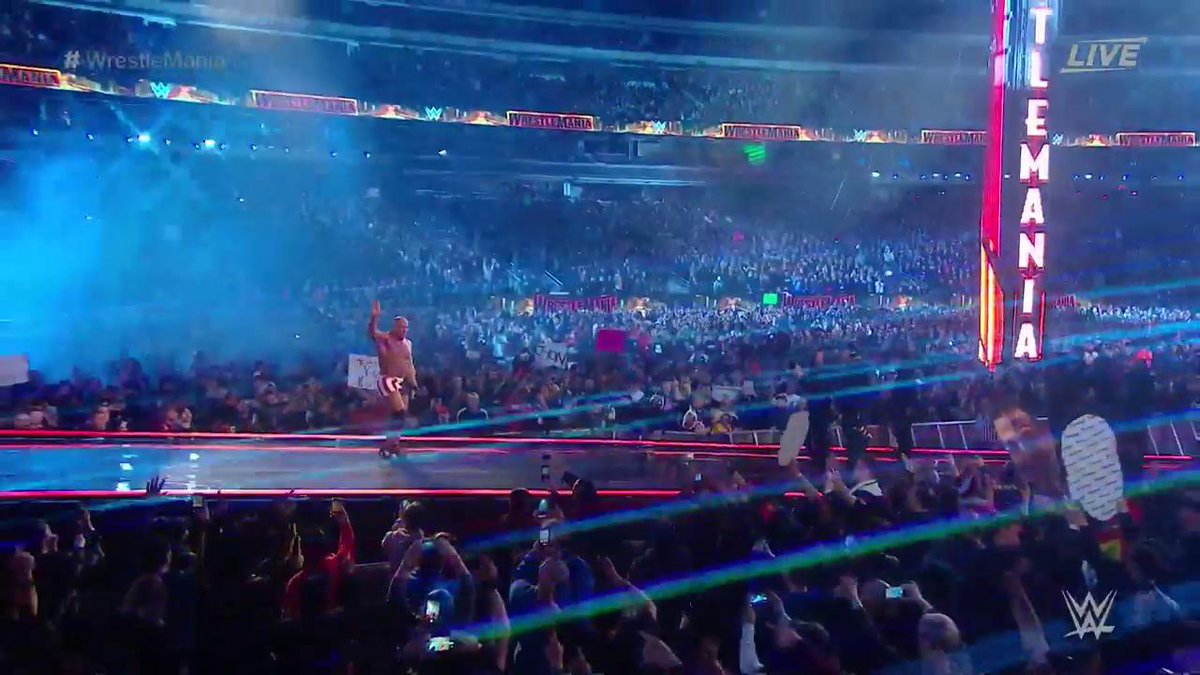 We go to the ring and JBL is introduced as a guest commentator for this match. Baron Corbin is out first. Out next comes WWE Hall of Famer Kurt Angle for his last match. The "you suck!" chants start up as fans cheer Angle on. The fireworks go off around the stadium as Angle hits the ring.

The bell rings and Angle goes right to work on Corbin. Angle with an early overhead throw. Corbin with a rake to the eye while the referee isn't looking. Corbin runs out and back in to keep his offense going. Corbin sends Angle into the top rope and drops him. Corbin plays to the crowd and talks trash to Angle as fans boo.

Corbin works Angle around the ring and continues playing to the crowd to mock Angle. Corbin also mocks Angle's family, who is at ringside. Angle delivers three German suplexes for a close 2 count. Corbin avoids an Angle Slam and takes control. Angle manages to apply the ankle lock in the middle of the ring but Corbin powers out. Corbin catches Angle in a Deep Six out of nowhere for a close 2 count.

Angle dodges a splash in the corner and nails the Angle Slam for a close 2 count. Angle drops his straps and applies the ankle lock again. Corbin resists but Angle tightens the hold. Corbin manages to get free and take Angle down. Corbin taunts the crowd again and mocks John Cena and fans who wanted him in the match. Angle comes back again and delivers three straight German suplexes. Angle plays to the crowd for a pop. Angle goes to the top for a big moonsault but he misses. Corbin comes right back with End of Days to get the pin and end Angle's career.