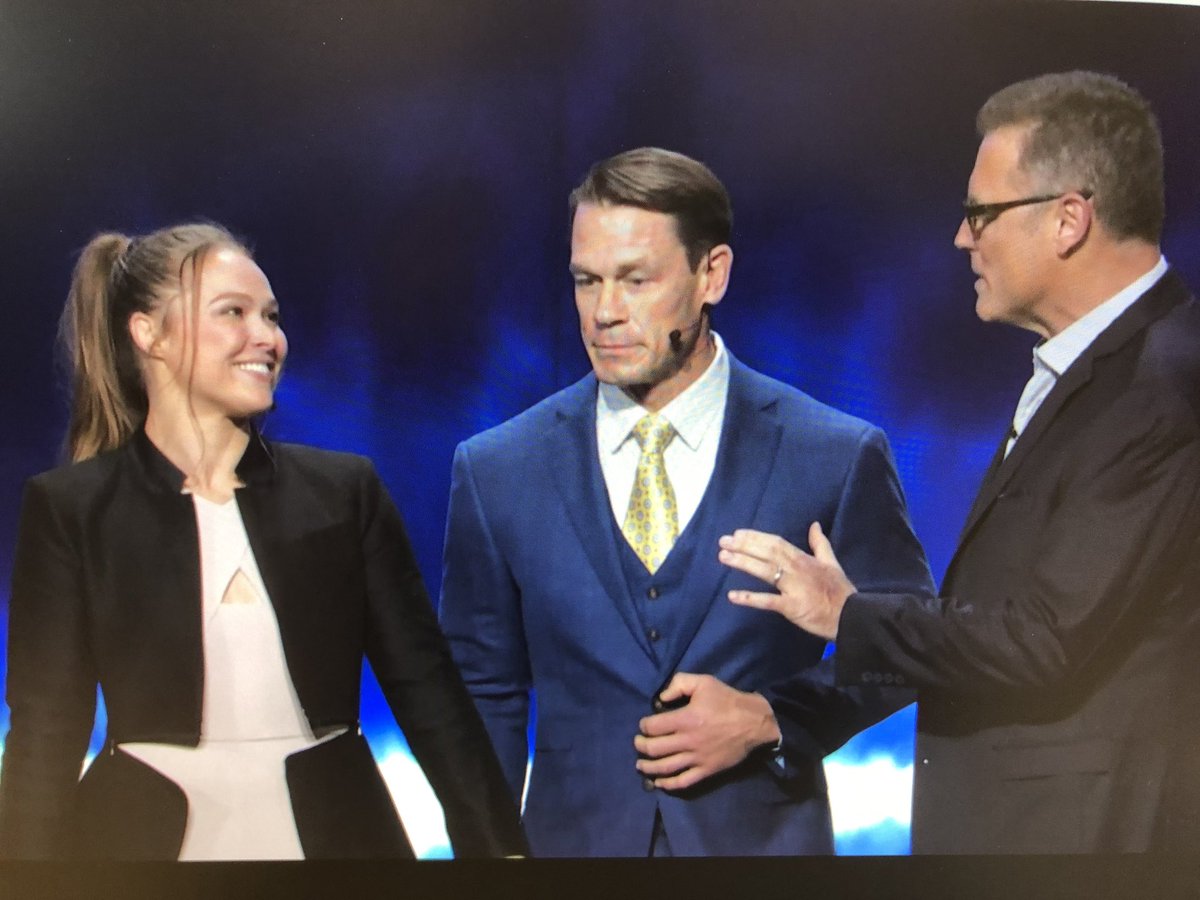 It was reported last week that Big Show was to appear at the Fox Upfronts, but we cannot confirm that he was there. This was Rousey's first WWE appearance since taking some time off from the ring following the WrestleMania 35 loss last month.

Rousey's appearance will also fuel the speculation on Rousey possibly going to the blue brand once she decides to return from her time off. Wrestling Inc. exclusively reported last November that Fox officials wanted Rousey on the SmackDown roster when the show makes the move to their Friday night line-up on October 4. Fox reportedly feels like Rousey's MMA background, popularity and credibility as an athlete would be a major selling point to promote SmackDown. Fox also reportedly wants the blue brand show to have more of a sports direction with less comedy to fit in with their other sports programming.

As noted earlier today, SmackDown was officially announced as a part of Fox's fall line-up of programming this morning. It was also confirmed to stay at two hours. Deadline reports that Fox Entertainment Chief Executive Officer Charlie Collier spoke at the Upfronts and said SmackDown "represents really well what Fox is doing, which is a great combination of entertainment and sports. The WWE in its very nature is just that."

Collier was asked at the Upfronts whether the Friday night SmackDown broadcasts would be an "island" on Friday nights, drawing dedicated pro wrestling fans who usually wouldn't sample other Fox shows. He called it an unique asset and a great promotional vehicle.

Fox Sports Chief Executive Officer and Executive Producer Eric Shanks also spoke at the Upfronts and noted that the timing of WWE's Fox fall debut was no accident, with Fox's multi-year deal for the NFL's Thursday Night Football adding to the network's existing line-up of Saturday and Sunday college & pro football games, plus Fox's recent renewal of their rights deal with MLB, which gives them the World Series (also airing in the fall) through 2028.

"The WWE joins our schedule at clearly our strongest part of the year, when Fox has the highest circulation of any network on television," Shanks said. "Being able to have that Thursday through Sunday circulation, it has to have a positive impact on the rest of the week. There's just no question about it."

Below are a few shots from the Fox Upfronts presentation:

Fox is bringing our the big flames for WWE Smackdown Live (John Cena and Ronda Rousey are here too) pic.twitter.com/n0IfFcglg5